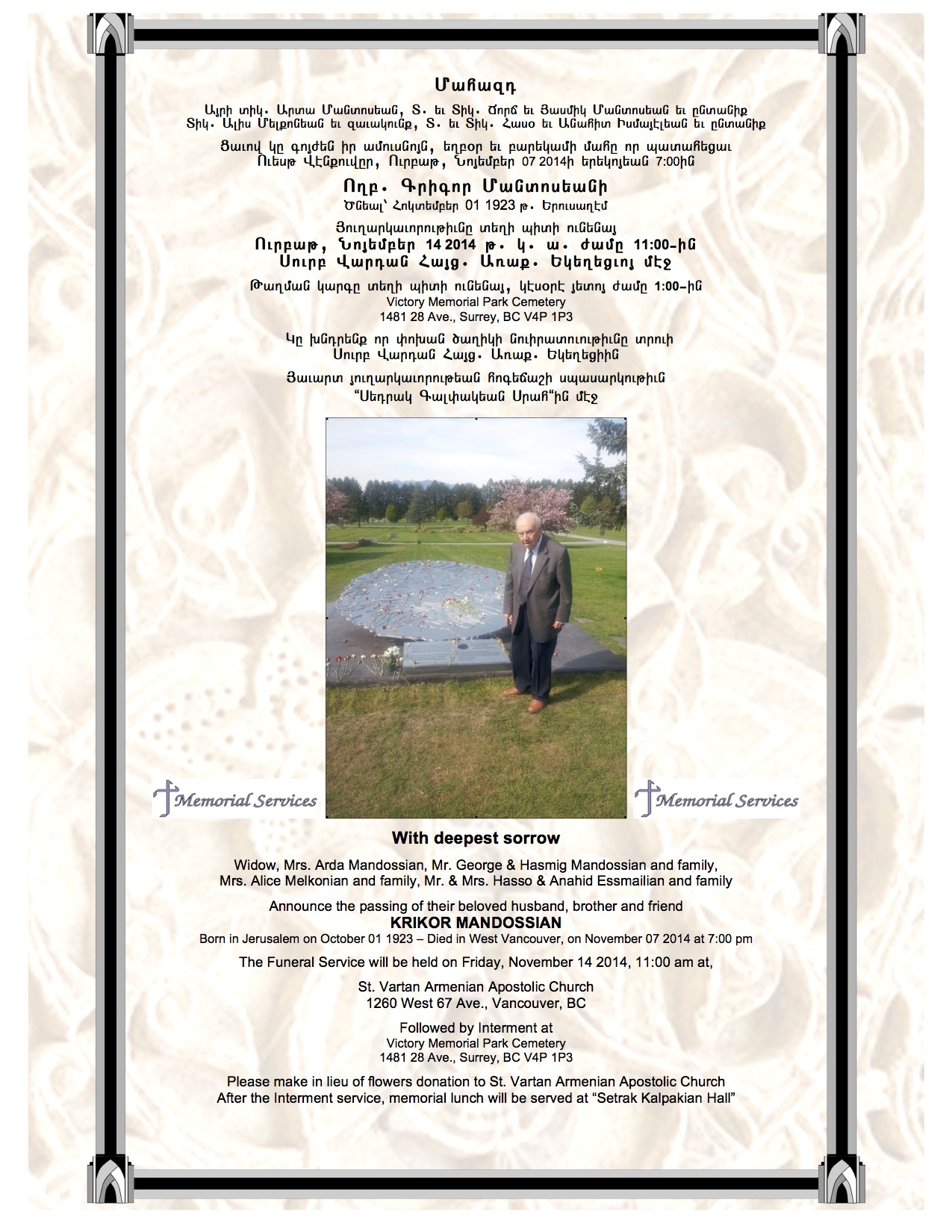 In the late 1960’s, when Enger Mandossian arrived in Vancouver, the Armenian Community consisted of about 100 members.  His mission was to enrich the community for future generations.  He worked hard to bring the community members together.  He used to hold gatherings at his residence and teach members the values of being an Armenian and the responsibilities we had.

Together with other members of the community, he established our

Ramgavar Sardarabad Chapter and was the chairperson for many decades.  He was indeed a mentor and a teacher. He taught the members how to be good political members and good Armenians.

He taught us to love Armenia regardless of its political leadership.  He used to say,

“Armenia belongs to us and we will support Armenia in every possible way.”

In addition, he also founded the Tekeyan Armenain Cultural Association of Vancouver.  Enger Mandossian was a great and well-known leader with international connections.  He had met with political leaders such as Archbishop Makarios, the President of Cyprus and the famous Armenian composer Aram Khatchaturian  just to name a few.

Enger Mandossian was a leader, teacher and above all a patriotic Armenian who was a founding member and pillar of the Vancouver Armenian Community.  The last picture taken of him was taken in front of the Armenian Genocide Monument in Vancouver in 2014.  This was a dream come true for him.  He will be greatly missed and may his soul rest in peace.