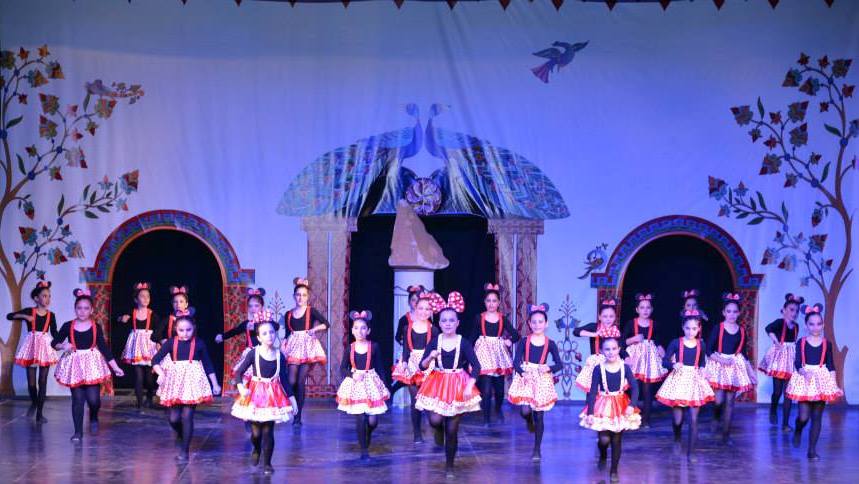 On 30, 31 May and 1 June 2014 AGBU-AYA “Arine” Dance Troupe junior dancers presented an impressive juvenile performance in Sagesse School’s Antoine Choueiry Stadium, Jdeideh.
With the support, care, and help of AGBU-AYA’s Parents Committee and Artistic Director, Choreographer and Dance Trainer Gayaneh Madzounian, the troupe presented their annual performance.
The opening speech of the event was done by Radio Sevan’s presenter Mrs. Sarme Minassian, which was followed by “Arin” Dance Troupe’s well-prepared bouquet of dances that started with the Armenian renowned song “Dzaghgatsori”, followed by several famous Armenian songs from Gomidas, Aram Khachadourian, Hovhannes Badalian. All the dancers performed remarkably and they were all involved in all the performances.
“Bingeol”, “Sareri Hovin Mernem”, “Sharani”, “Nanai Papouri” traditional songs were all a part of the dancers’ performances. Besides the traditional songs, the dancers were shining in the new modern songs, like the juniors’ hilarious “Bouy Bouy Mgnige”performance, by their dancing techniques, expressions, and movements.
“Arin” Dance Troupe concluded its impressive performance by “Ghapama” involving in it all the dancers throughout the performance. In the last part of the event, the troupe showed its audience that they are strong enough to face anything as long as they are United and ONE.