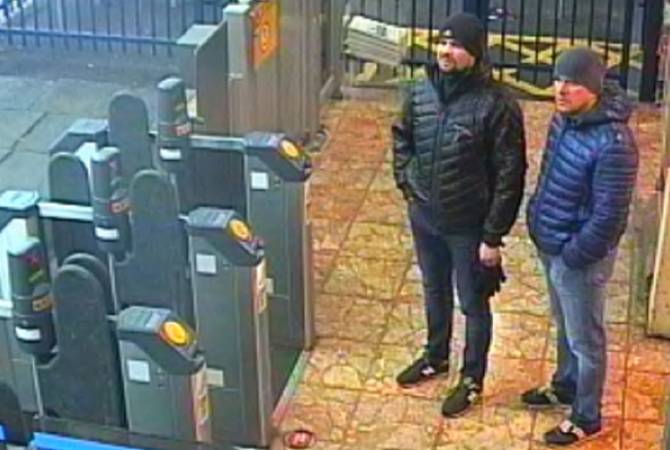 British prosecutors on Wednesday charged two Russians for the attempted murder of a former Russian spy and his daughter with a nerve agent, naming suspects for the first time in a case that has caused one of the biggest East-West rifts in decades, Reuters reports.

Sergei Skripal, a former Russian military intelligence officer, was found unconscious with his daughter Yulia on a public bench in the English city of Salisbury on March 4.

British police released CCTV images of two Russian men they said flew in to Britain for a weekend to commit murder. Moscow said it had no idea who the men were.

Britain has blamed Russia for the poisonings and identified the poison as Novichok, a nerve agent developed by the Soviet military in the 1970s and 1980s.

Russia has repeatedly denied any involvement in the attack. Britain and dozens of other countries have kicked out Russian diplomats over the incident, and Moscow has responded tit-for-tat in the biggest diplomatic expulsions since the Cold War.

A European arrest warrant has been issued for the two Russians, British prosecutors said, but Britain will not ask Moscow to extradite them because Russia’s constitution does not allow its citizens to be extradited.