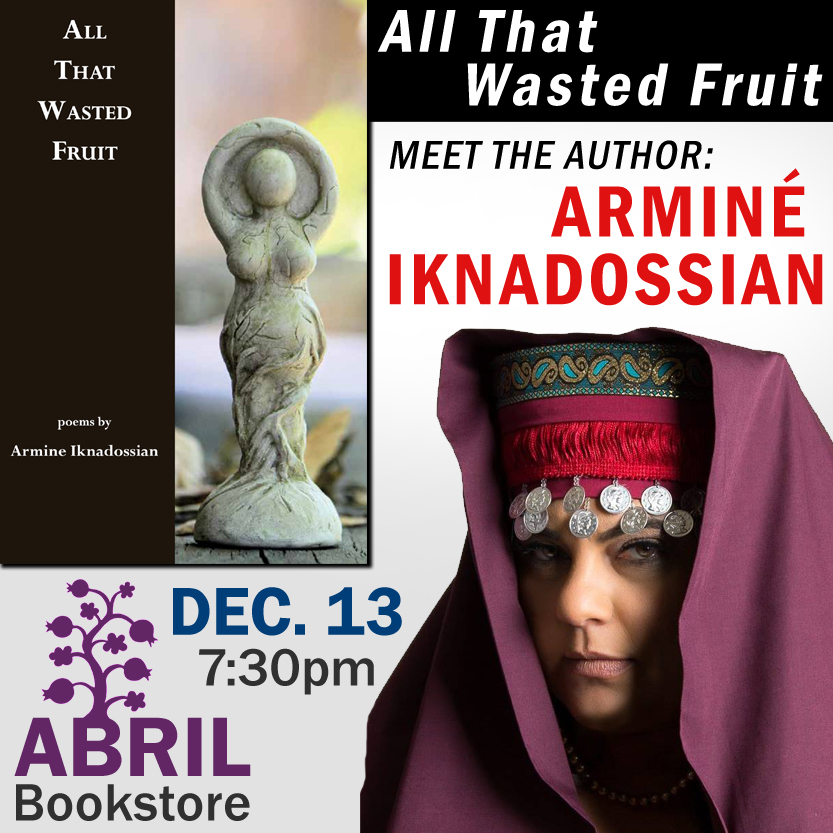 NOR OR, LOS ANGELES – Author ARMINÉ IKNADOSSIAN will present her newly released, debut book of poems, ALL THAT WASTED FRUIT on THURSDAY, DECEMBER 13, 2018 at 7:30pm at ABRIL BOOKSTORE – 415 E. Broadway, Glendale, CA.  Admission is free.

All That Wasted Fruit explores the sacred feminine through characters from the bible, mythology and history who have been marginalized or misrepresented. In six sections, each titled after a specific manifestation of the goddess archetype, Iknadossian reveals her relationship to the divine and the risks one must take to find their own strength within.

Born in Beirut, Lebanon, Arminé Iknadossian immigrated to the United States in 1978 to escape the civil war. She earned an MFA from Antioch University where she was awarded a fellowship from Summer Poetry in Idyllwild. After teaching English for 20 years, Iknadossian wrote the chapbook United States of Love & Other Poems (2015). During her tenure as a teacher, The Los Angeles Writing Project awarded Iknadossian a fellowship for their summer residency. Iknadossian is also a founding fellow of the Anaphora Residency for Writers of Color, awarded by Otis College of Art and Design.