Abril Bookstore to Celebrate 40 Years with an Evening of Thanks 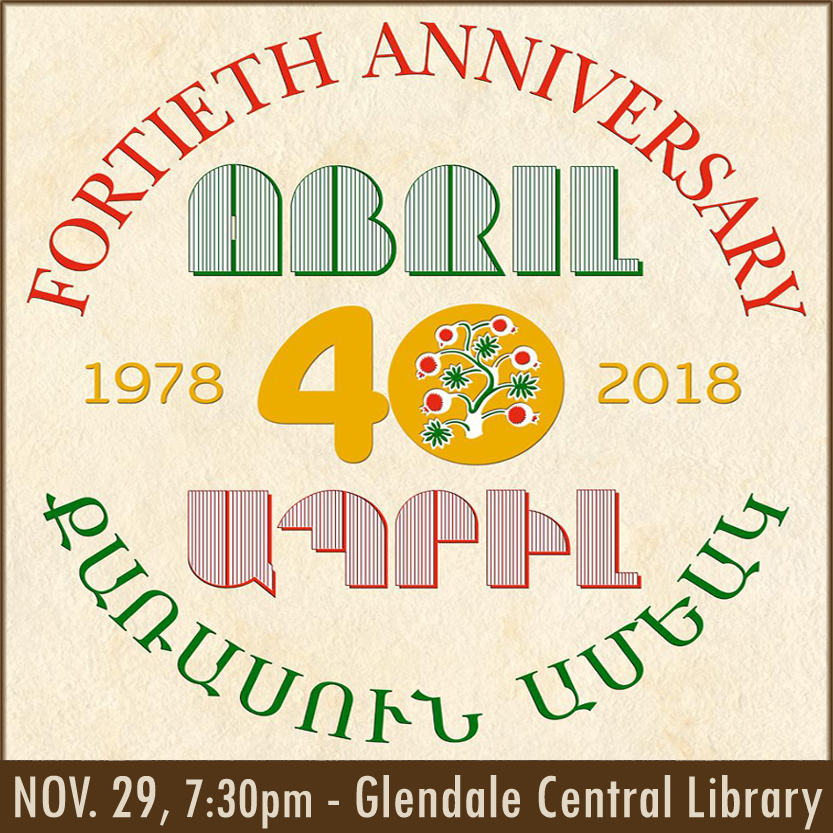 NOR OR, LOS ANGELES.- Local Armenian cultural institution, ABRIL BOOKSTORE will celebrate its 40th Anniversary with an evening of giving thanks to all the people who have been a part of its family on Thursday, November 29, 2018 at 7:30pm at the Glendale Central Library Auditorium at 222 E. Harvard St, Glendale, CA. Admission is free with reception to follow. For more information, call (818) 243-4112.

Abril Bookstore was founded in 1978 by brothers Noubar and Harout Yeretzian, along with their wives, Seta and Seeroon. It was the first Armenian bookstore in Los Angeles which became a cultural hub for the community, providing a meeting place for many intellectuals. In addition to books, Abril offered publishing and printing services as well as a literary and cultural magazine that covered the work of Armenian authors, both local and from abroad. In 1998, Abril moved to Glendale. Its role as a cultural center was developed further when Harout’s son, Arno Yeretzian took over after his father’s passing in 2010. Abril Bookstore is now a thriving center that hosts a multitude of events including author events, film screenings, musical concerts and art exhibitions. It holds a very unique collection of Armenian books of different eras and from different corners of the world.

On occasion of their 40th anniversary, Abril will host a celebratory event to name and thank all those who have been part of the Abril family and have made a significant contribution to its welfare and survival. All are welcome.