Seeroon Yeretzian’s new book to be released at Glendale Library 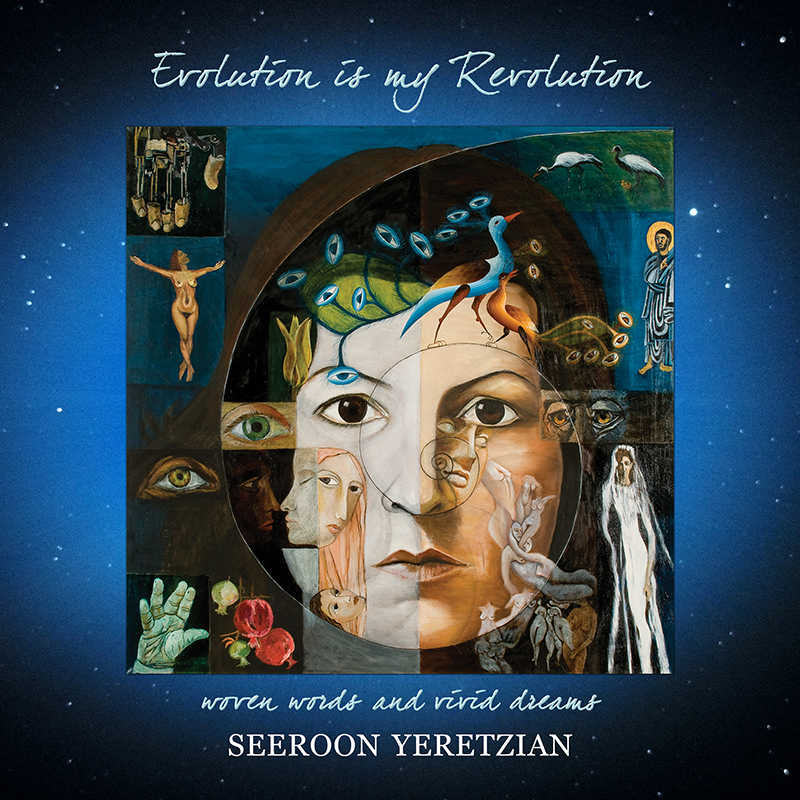 Evolution is My Revolution is a collection of writings by artist Seeroon Yeretzian written after she was diagnosed with ALS (Lou Gehrig’s Disease) in 2012 and could no longer use her hands to write and her voice to speak. Seeroon wrote all of the pieces in this book, letter by letter, using her eyes on an eye-gaze tracking machine called DynaVox EyeMax. It is full of Seeroon’s creativity, humor, wit, play, pain, and frustration as she captures her ideas and dreams during this most difficult chapter of her life. Reflecting her unflinching passion to live and diligence to create, these written pieces are a message to all readers to live life to the fullest and to not waste any moment of it.

SEEROON YERETZIAN is an accomplished artist with diverse talents in painting, sculpture, and illustration. Born in 1951 at the Tiro refugee camp in Beirut, Lebanon, Seeroon was exposed to both the beauty and suffering of the world. This dichotomy has emerged in her work in what she calls her “Sunshine” and “Moonshine” art. The “Sunshine” pieces are rich in color, showcasing many life-giving earthly elements and produced during daytime. Conversely, the “Moonshine” pieces reflect themes based on personal experiences ranging from the Armenian Genocide to homelessness and self identity. Recognized for reviving the art of prehistoric Armenian petroglyphs and medieval Armenian ornamental art, her masterpieces include the elaborate Four Seasons and her 17 alphabets of different languages executed in the tradition and style of the Armenian ornate initials. Seeroon received her Bachelor’s Degree in Fine Arts in 1985 from the Otis-Parsons Art Institute and School of Design. She has authored three books, her self titled art book, Seeroon Yeretzian, her book of poetry, Word Weaving & Black Seat Confessions, and her best-seller, Seeroon Darer: Armenian Ornate Initials. This book served as the artistic inspiration for the design of the Armenian American Rose Float Association’s award winning float in the 126th Annual Rose Parade, entitled, Cradle of Civilization. In 2014, the City of Glendale, California, bestowed upon her its “Lifetime Achievement Award” for the arts. Although she was diagnosed with Lou Gehrig’s disease in 2012, Seeroon continues to create to this day. She has exhibited in numerous solo and group shows and her art is found in private collections and major institutions.