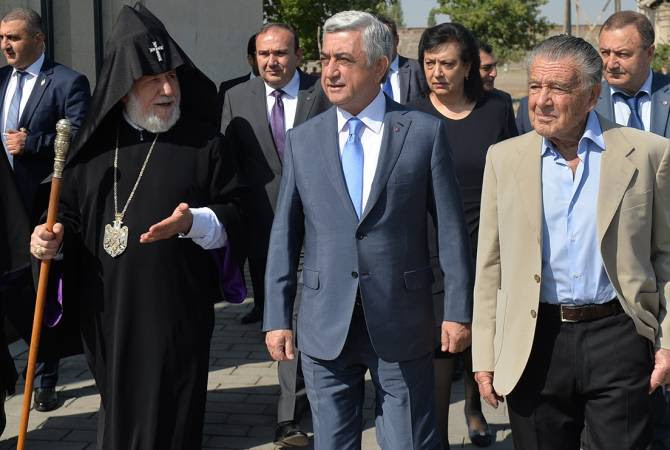 President of Armenia Serzh Sargsyan on September 14 attended the opening ceremony of the new building of the Mother See of Holy Etchmiatsin’s ‘Eurnekian Secondary School’, press service of the President’s Office told Armenpress.

The President was accompanied by His Holiness Catholicos of All Armenians Garegin II, philanthropist Eduardo Eurnekian, a number of officials and honorary guests.

School consecration ceremony has been conducted by Catholicos of All Armenians Garegin II.

The President toured the newly-opened school, got acquainted with the carried out works and the conditions created for study, after which he participated in the tree-planting organized in the school’s yard.