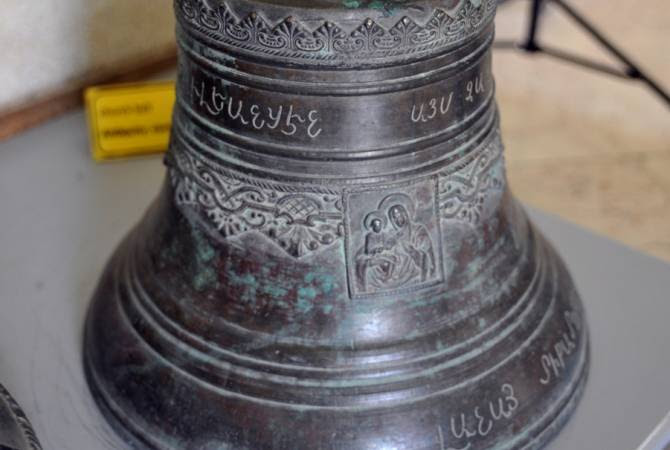 The Armenian ministry of culture is planning to discuss the issue of transporting an ancient Armenian Church bell back to the country from Iran with Tehran officials.

“The ministry of culture is planning to discuss this matter with the Iranian side with the purpose of solving the issue in line with international legal norms and procedures”, deputy minister Arev Samuelyan told ARMENPRESS.

The culture ministry contacted the ministry of foreign affairs for comprehensive information regarding the process.

According to the deputy minister, the return of cultural values to Armenia has happened in the past also, when in 2011 an Aivazovsky painting was returned to Armenia’s national gallery after being stolen 21 years earlier.

Iranian media said an ancient bell belonging to one of the Armenian Churches of Van, which due to unknown reasons appeared in north-western Iran, will be returned to the Holy Cross Church of Akhtamar.

Turkish media said the bell was given to Van’s St. Mariam Church in 1377, July 7. The bell reportedly appeared in Iran during wartime, and is still housed in a history museum in Urmia.