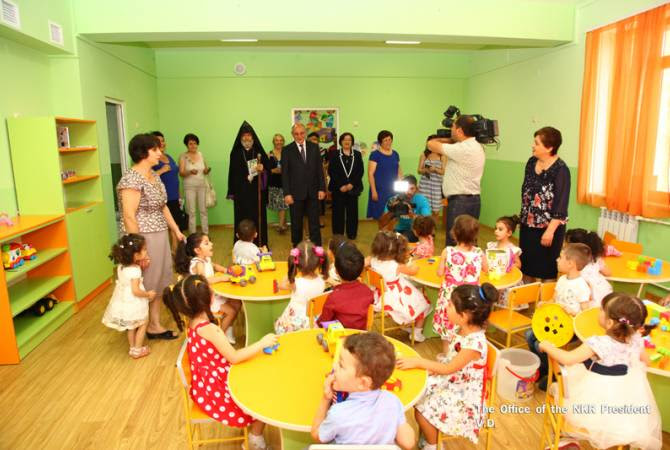 President of Artsakh Bako Sakayan attended the inauguration of a new building of the Sose kindergarten in Stepanakert on September 6, the president’s office told ARMENPRESS.

President Sahakyan delivered remarks at the event, stressing that the Sose kindergarten network play an important role among the pre-school institutions in the country, a network which was established by the efforts of Armenians from the Diaspora and which represents a unique symbol of the Armenia-Artsakh-Diaspora trinity.