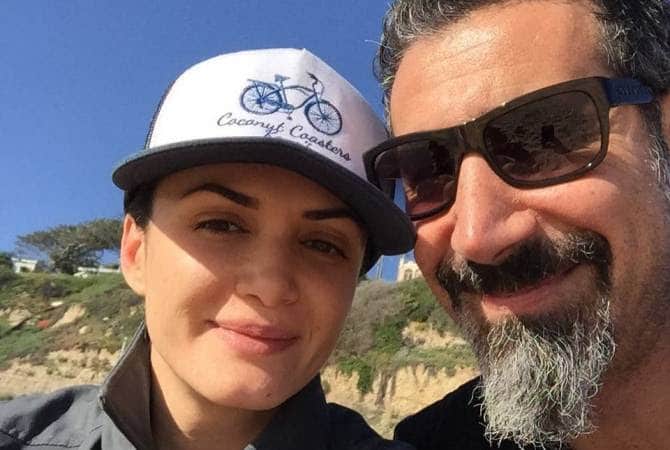 Tankian was born in Beirut. His father, Khachatur Tankian, has also been a signer. His family moved to US when he was 8 years old. Serj Tankian studied at one of the Armenian schools in LA, then continued the studies in marketing field.

On June 10, 2012  Tankian married Angela Madatyan from Armenia’s Vanadzor town. Today is also the birthday of his wife.

Tankian posted a photo on Instagram congratulating his wife on birthday.