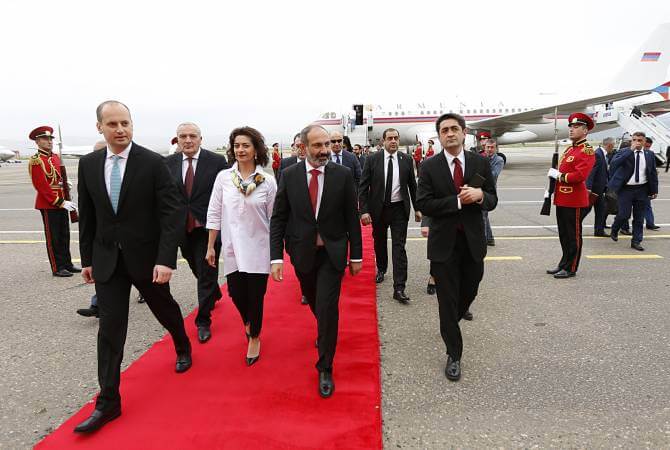 The official welcoming ceremony took place in the Georgian capital’s Shota Rustaveli Airport, where PM Nikol Pashinyan and his wife Anna Hakobyan were greeted by the Deputy PM of Georgia, Minister of Foreign Affairs Mikhail Janelidze and Georgia’s Ambassador to Armenia Giorgi Saganelidze. 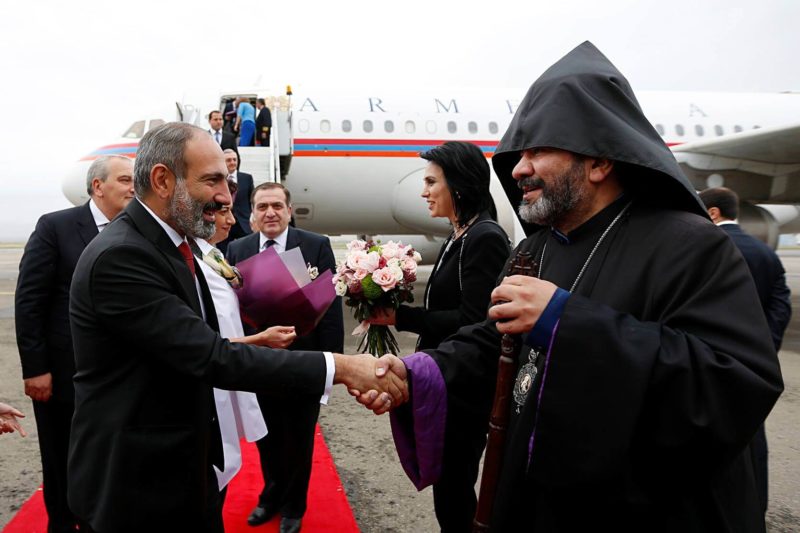 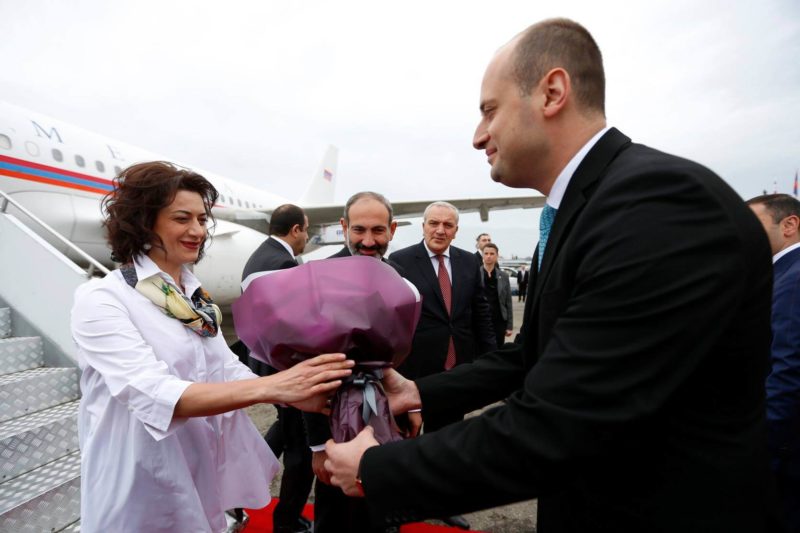 The Armenian PM will head to the Heroes Square where together with Lt. general Vladimir Chachibaya; Chief of the General Staff of Georgian Armed Forces, and will lay a wreath at the eternal flame. Later the Armenian PM will have meetings with Prime Minister Giorgi Kvirikashvili, Speaker of Parliament Irakli Kobakhidze, and with the President of Georgia Giorgi Margvelashvili. Furthermore, the Prime Minister will lay flowers at the tombs of Hovhannes Tumanyan, Raffi, Gabriel Sundukyan and Sayat Nova.

As part of the two-day visit, PM Pashinyan will also visit Javakheti and meet with the Armenian community.