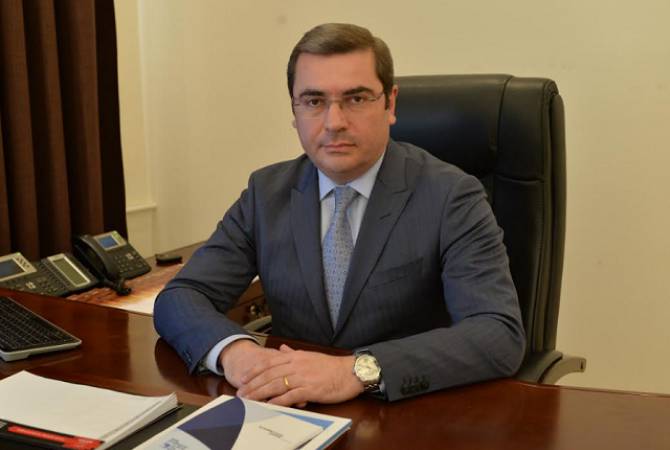 Vardan Harutyunyan has been relieved from the position of the Chairman of the State Revenue Committee (SRC) according to his application, reports Armenpress.

According to the Armenian government’s decision, former deputy finance minister Davit Ananyan was appointed Chairman of the State Revenue Committee.

“Yesterday during our meeting Mr. Harutyunyan announced his intention to resign. We have decided by mutual consent that today this decision will be adopted and we will appoint new SRC Chairman”, Prime Minister Nikol Pashinyan said during today’s Cabinet meeting. He thanked Vardan Harutyunyan for his activities and congratulated the new SRC Chairman.

In his turn, Vardan Harutyunyan thanked PM Pashinyan for accepting his application and relieving him from the position. Harutyunyan said during the first four months of 2018 the collection of revenues is more by 14 billion drams in the state budget. Vardan Harutyunyan also congratulated the new government staff.

Commenting on Harutyunyan’s information about the collection of revenues, the PM noticed that he is hinting about the possibility to increase these revenues.

“The new SRC Chairman stated that he perceives that as a good wish. We record that our government is a government of implementing good wishes”, PM Pashinyan added.