Artsakh has never been part of independent Azerbaijan – Ambassador 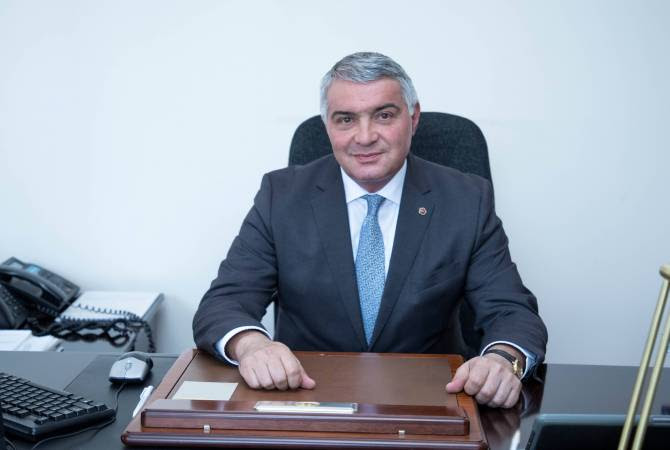 Ambassador of Armenia to Serbia Ashot Hovakimyan gave an interview to Serbian Politika newspaper during his visit to Belgrade, where he referred to the Armenian-Serbian relations, Nagorno Karabakh issue.

Speaking about the common features of Armenia and Serbia, the Ambassador noted that both countries have been parts of larger political units for long periods, but they both strived for independence and sovereignty. ”Today our countries have excellenet political relations”, he emphasized.

Referring to Nagorno Karabakh conflict, Ambassador Hovakimyan said that it’s not a territorial issue and it’s about the lives of individuals, who live in that area and their lives is endangered by the Azerbaijani policy. ”Artsakh has never been part of independent Azerbaijan. The people of Artsakh established their statehood after the collapse of the Soviet Union, in the same way as the Republic of Azerbaijan was established. But in the 90s of the past century Azerbaijan unleashed aggression against Artsakh. They promoted hatred, ignored people’s wil and glorified war crimes”, Ashot Hovakimyan said, bringing the example of Ramil Safarov who axe-murdered Armenian officer Gurgen Margaryan while sleeping, when they were participating in NATO English Language Courses in the capital of Hungary in 2004. He was sentenced to life imprisonment without right to be pardoned for 30 years. On August 31 2012 Safarov was extradited from Hungary to Azerbaijan as a result of dark deals between Aliyev and Viktor Orbánand. The murderer was pardoned by the president Ilham Aliyev. The murderer was advanced to mayor, provided with an apartment and given «national hero» and compensated for the 8 years of the imprisonment in Hungary.

Ashot Hovakimyan also expressed concerns over the anti-Armenian propaganda by Azerbaijani leadership, including against ordinary civilians. ‘’In April 2016 the armed forces of the republic of Azerbaijan attacked Nagorno Karabakh Republic (Artsakh-edit.) threatening the existential security of not only the 150 thousand Armeniains living in Artsakh, but the Armenians worldwide’’, he said.