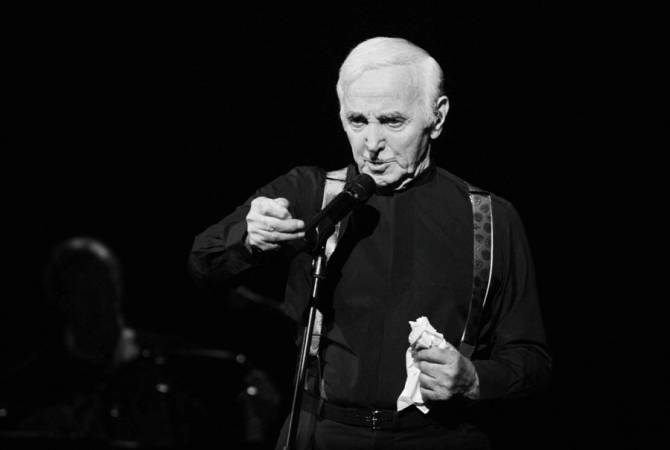 Nor Or, Los Angeles – Charles Aznavour is a name known by many, and word of his passing spread quickly. He was a musician that not only parents listened to, but so did their children. When I opened up Facebook, I saw that a large number of my friends were sharing articles that were announcing his death, and the thing that captured my attention the most was that he was 94 years old, and my friends who are either in their late teens or early twenties were the ones sharing these articles.

Charles Aznavour was one of France’s most prominent singers, selling over 180 million records, and becoming known as the Frank Sinatra of France. In 1998, he was named as the Entertainer of the Century by CNN, and was recognized as being the greatest performer of the century, earning more votes than both Bob Dylan and Elvis Presley. Aznavour spoke and sang in a number of languages including French, English, Armenian, and German. In August of last year, Aznavour was awarded with a star on the Hollywood Walk of Fame, solidifying his place in the world of entertainment. Charles Aznavour was one of the few individuals who were invited to duet with Frank Sinatra.

He was much more than just a musician and a singer though. In late 2017, Charles and his sister were awarded with the Raoul Wallenberg Award, given to individuals who display courageousness and success against the odds, for sheltering Jewish individuals during World War II. After the 1988 earthquake in Armenia, Charles Aznavour founded the Aznavour for Armenia foundation with his friend Levon Sayan to help provide aid for those affected. Aznavour was even appointed as ambassador of Armenia to Switzerland in 2009, as well as Armenia’s delegate to the United Nations at Geneva. I was baffled by the number of his non-musical achievements, and feel that he isn’t recognized for these successes as much.

Up until his final days, Charles Aznavour was performing. He touched the lives of many through his music, young and old. He spent his life creating music, bringing joy to others, and helping those who needed aid. Charles Aznavour was far more than just a singer, and for us Armenians, he will always hold a special place in our hearts and in our memories. May he rest in peace and his boheme lifestyle spread for many more years.