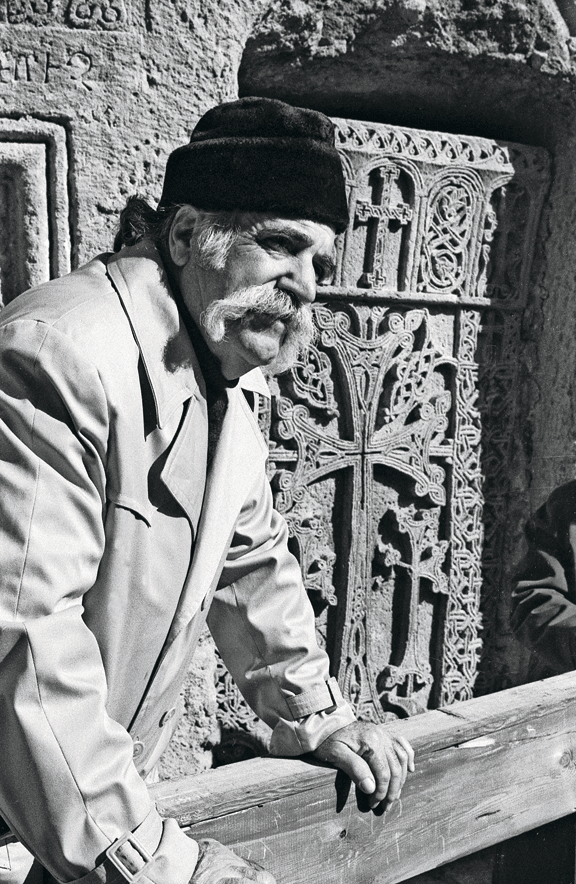 As the school year begins, it seems as if everyone is getting into the swing of things. People are getting back into their routines and schedules are filling up with events and activities. When things get to really busy and chaotic, I personally like to step back and try to reconnect to my motivation. So, I have decided to share some of the people who have impacted me and through a multiple part series on influential Armenians, focusing on Armenians with a variety of professions. When I think of influential Armenians, the first person that pops into my mind is William Saroyan, writer and son of an Armenian immigrant.

Saroyan is known for his work during the Depression, writing stories that celebrate the joy of life, despite living in poverty and hard times. He has always seen the positive in all things, and that is why William Saroyan is so influential to me. Such as a lotus flower, Saroyan brought to light the beauty of his experiences in a very impoverished dark time in history. Even though his accomplishments were vast, like winning the Pulitzer Prize, he was criticized for the work he had done because the majority of it was in English. However, he was very proud of his history and culture and truly viewed himself as a writer for the diaspora. He wrote “I write in English, and despite the fact that I’m from America, I consider myself an Armenian writer. The words I use are in English, the surroundings I write about are American, but the soul, which makes me write, is Armenian.”

Another reason I have decided to start this series is the opening of The William Saroyan House in Fresno, California. The house serves as an interactive museum, where visitors are greeted by a projection of the writer. The house is where Saroyan lived for the last years of his life, and visitors can see photos, posters, and drawings, as well as interviews. A few of my friends have already ventured out to visit The William Saroyan House, and I have heard nothing but good reviews. I hope you all take the opportunity to go yourselves, to see it, and to tell your friends and family all about it.

Within the Armenian community, William Saroyan is best known for the last two paragraphs of his short story, “The Armenian and The American.”

“I should like to see any power of the world destroy this race, this small tribe of unimportant people, whose wars have all been fought and lost, whose structures have crumbled, literature is unread, music is unheard, and prayers are no more answered. Go ahead, destroy Armenia. See if you can do it. Send them into the desert without bread or water. Burn their homes and churches. Then see if they will not laugh, sing and pray again. For when two of them meet anywhere in the world, see if they will not create a New Armenia.”