Sexual Harassment In The 21st Century 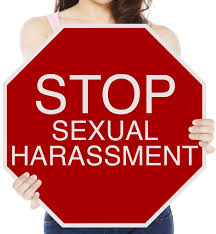 Nor Or, Los Angeles – For the past year, all over social media, the #MeToo movement has spread like wildfire. The #MeToo movement served to show the prevalence of sexual harassment and assault in all areas, including the workplace. It began after sexual misconduct allegations against film producer, Harvey Weinstein. Around that time in October of 2017, Alyssa Milano took to Twitter, encouraging survivors of sexual assault and harassment to share their experiences in order to show the magnitude of this problem in society. Survivors of sexual assault and harassment began sharing their stories, and these were not only regular citizens, but several high-profile celebrities shared their own experiences as well.

Within the first 24 hours of the first #MeToo tweet in October, there were twelve-million posts following, and Twitter reported that nearly half of its users in the United States had a friend who posted using the hashtag. This movement was not a women’s only movement, but men also shared their experiences, while others started using #HowIWillChange to show support of women and acknowledge the significance of sexual assault and harassment. The #MeToo movement has shifted from Hollywood, to other industries such as music, academia, and even politics. The significance of shared experiences has resulted in a bill proposition in the United States Congress. The Member and Employee Training and Oversight on Congress Act, also known as the Me Too Congress Act, was proposed within a month of the start of the #MeToo movement, and it aims to change how sexual assault and harassment complaints are treated by the federal government.

So why is there an overwhelming number of cases that are being reported years after they occurred?

According to the United States’ Equal Employment Opportunity Commission, sexual harassment is defined  in the workplace as being “unwelcome sexual advances, requests for sexual favors, and other verbal or physical conduct of a sexual nature” that affects an individual’s employment, work performance, or creates an intimidating, hostile, or offensive work environment. A majority of the victims of sexual harassment are women, but can happen to men as well. There are many reasons that sexual assaults and harassment incidents are not reported, including the fear of losing a job or promotion, the discomfort or fear of telling someone, and there is also a fear of being disregarded by authorities. Far too often do we hear stories of college students who get sexually assaulted, and when they go to report it, their case gets dismissed. Many victims are unsure or afraid to report incidents because the assaulter or harasser is in a position of power or authority. As a collective, it is important for us to show support for the victims of such actions, and make sure their voices are heard.