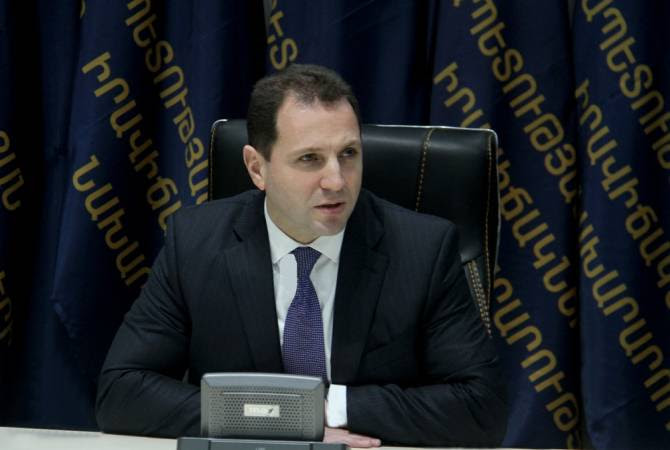 Minister of emergency situations Davit Tonoyan gave an interview to ARMENPRESS summarizing the year of 2017, presenting the achievements recorded and issues need to be solved, the steps resisting forest fires, as well as the works aimed at increasing the efficiency of the activity of the rescue service.

-Mr. Tonoyan, can you please sum up the passing year? What achievements have been recorded during the year, and what are the issues which need to be solved?

-When I was appointed as a minister of emergency situations in 2017, examining the preparedness, response and management fields of the emergency situation, I realized that I deal with a constantly improving and developing system, therefore, I have to ensure the ministry’s continuous modernization and improvement.

The natural and man-made disaster response system of the country operates at 2 main directions – reduction of disaster risk and response and recovery capacity development. We have outlined the priorities of our actions for 2017 in the context of solving the abovementioned issues.

The issues in the ministry, which are mainly linked with the technical equipment of the staff, we are trying to solve through international cooperation which recorded a significant progress during the year.

In line with using and “consuming” the international experience in the process of preparedness and response to emergency situations and disasters, Armenia today also acts the role of “supplier”.

-Today Armenia really is quite in good positions with its disaster response experience and capacities also thanks to its rescue service system. The city search-rescue team of the rescue service is a member of INSARAG which means a prepared rescue staff, modern equipment in accordance with international standards.

I would like to inform that from now on the 112 alarm number widely used in all EU countries, Russia and other countries will also be used in Armenia in line with 911. It is especially easy for tourists to use in Armenia.