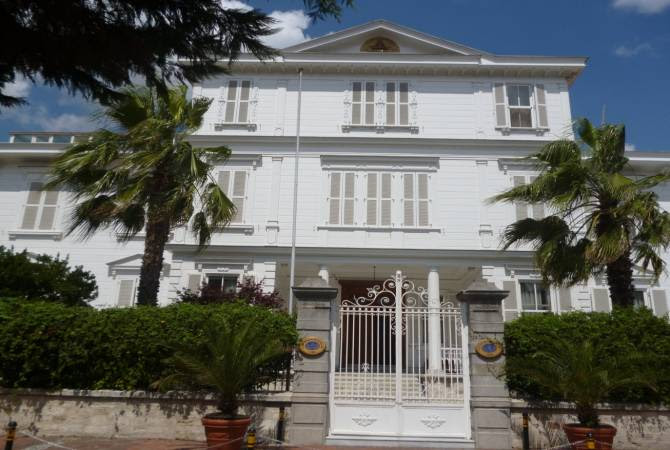 After the election of patriarchal locum tenens Archbishop Garegin Bekchyan, the process of election of Armenian Patriarch of Istanbul again has entered into a deadlock. Till now the Turkish authorities didn’t respond to the official letter sent by the Patriarchate over holding the elections.

Bagrat Estukian – editor of Armenian section of Agos daily, gave an interview to Armenpress on these matters.

“On August 30 Turkey celebrated the Victory day. This is a state holiday in the country and every year representatives of minorities are invited to take part in the reception of that day. This year our Patriarchate didn’t receive an invitation. The reception was attended by representatives of Greeks, Assyrians, Jews, however, there were no participants from the Armenian Patriarchate”, Bagrat Estukian said. He said certain community circles started to comment on this fact as a manifestation of denialist policy against the patriarchal locum tenens.

“There are some people who announce that they are in close ties with the state, that state said in this or that way. The list of those people is headed by Chairman of the Board of Trustees of Istanbul’s Armenian St. Slavery hospital Pedros Shirinoglu who has an obvious sympathy for Turkish President Recep Tayyip Erdogan and expresses his sympathy on any possible occasion. Moreover, he even announces that the state transfers its own stance to the community thanks to him. It’s difficult to say to what extent this phenomenon is acceptable. We have submitted an official letter to the Turkish authorities and expect an official response be it positive or negative. However, we haven’t received any response yet”, he said.

Estukian said locum tenens Bekchyan and the Initiative group of the election will wait until first week of October: if there is no response at that time, they will appeal to the Governor’s Office to talk about the issue face to face. “Our major interlocutor is the interior ministry, however, the inquiries to the ministry are being sent via the Istanbul Governor’s Office”, he said.

Bagrat Estukian stated that in such circumstances certain circles, in particular, the supporters of former patriarchal vicar Archbishop Aram Ateshyan spread many rumors that have nothing to do with the reality. In particular, the talk is about Bekchyan’s resignation or expressing no confidence towards the members of the Initiative group. “Shirinoglu urged Bekchyan to resign, however, he refused to do that. And now he wants the members of the Initiative group to resign, however, the locum tenens announced that it is a normal working group, and he doesn’t want to dissolve it”, Estukian said.

Estukian said the process of patriarchal election again is in uncertainty. “The worst thing is that the situation has a tendency to get worse. It’s a pity that there are people in our small community who want to use this situation. We have a problem within us”, Bagrat Estukian said.