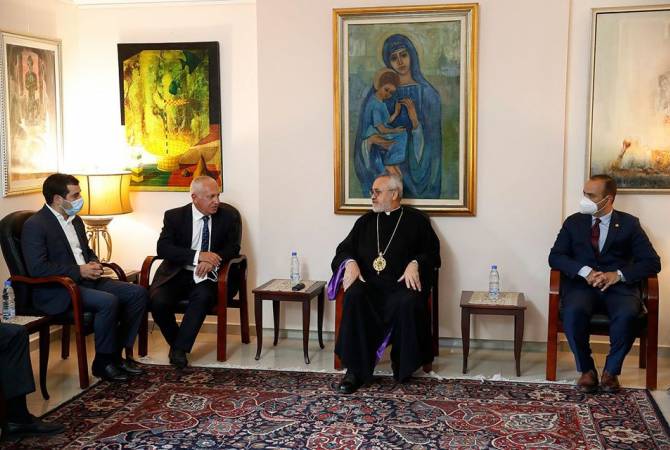 The Armenian government delegation comprised of High Commissioner for Diaspora Affairs Zareh Sinanyan and other officials met with Catholicos-Patriarch of Cilicia of the Armenian Catholic Church His Beatitude Krikor Bedros XX in Lebanon.

Krikor Bedros XX presented to the officials the situation of the Lebanese-Armenians and the human and material losses as result of the August 4 explosion in Beirut.

In his remarks, His Beatitude stressed that Armenians around the world have two hearts – Armenia and the Diaspora, and was happy to note that finally the Armeian people have a free and independent fatherland. He also attached importance to the assistance they received from the Government of Artsakh. “Our brothers are with us, and this was a very beautiful gesture”, he said.

Sinanyan mentioned that two more planeloads with humanitarian aid will be delivered to Lebanon from Armenia.