Home   |   News From Armenia & Artsakh   |   Over 300 ceasefire violations by Azerbaijan in one week, says Artsakh

Over 300 ceasefire violations by Azerbaijan in one week, says Artsakh 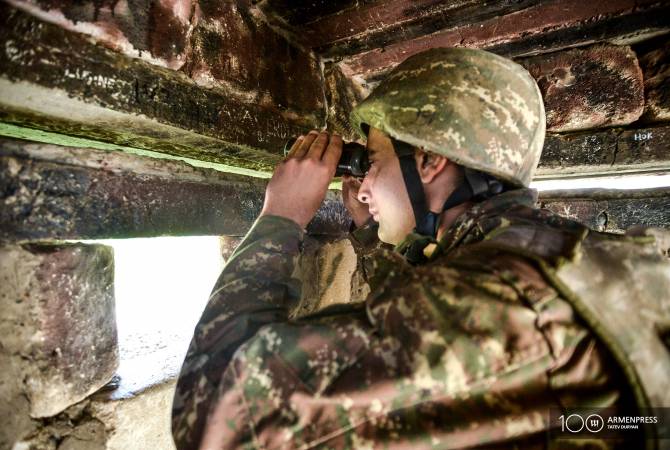 Artsakh’s military says Azerbaijani troops violated the ceasefire at the line of contact on more than 300 separate occasions, firing a total of approximately 2800 shots at Artsakh army positions over the last week.

The Artsakh’s military – the Defense Army – said in a news release that it “is in control of the tactical-strategic situation and carries on confidently fulfilling its mission”.