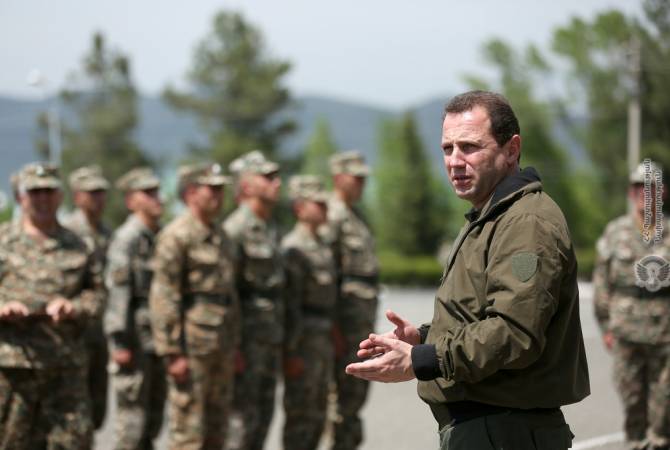 During a working visit in Artsakh Defense Minister of Armenia Davit Tonoyan visited several military units and separate divisions of the Defense Army, his spokesperson Shushan Stepanyan said on Facebook.

The minister was accompanied by Commander of the Artaskh Defense Army, Major-General Jalal Harutyunyan.

Minister Tonoyan arrived in Artsakh on a two-day working visit within the framework of the mutual partnership and action combination program between the two defense ministries.

During the visit to the military units minister Tonoyan got acquainted with the service conditions of soldiers and other issues which need to be solved.

He also paid attention to the latest weapons and technical upgrade in the Defense Army.