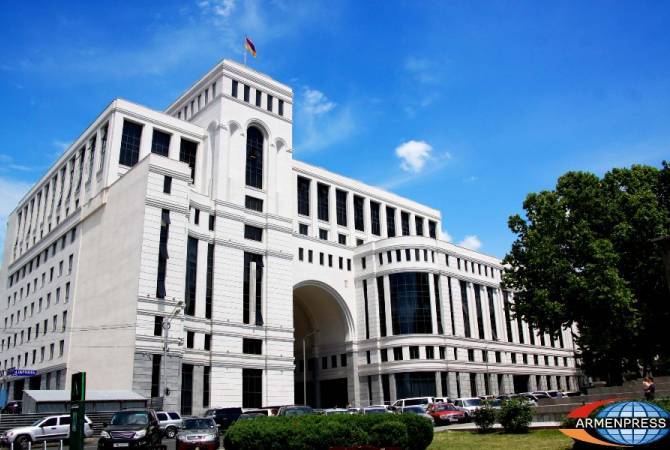 In the context of Azerbaijan’s attacks on Tavush region since July 12, Turkey has been resorting to unprecedented threats against Armenia and unilateral support to Azerbaijan. The holding of joint Turkey-Azerbaijan large-scale military exercises, started today,  further aggravates the situation, ARMENPRESS reports reads the statement issued by the Foreign Ministry of Armenia.

According to the Note Verbale, this decision of Armenia is based upon the principles enshrined in the CFE Treaty and Vienna Document and derives from Armenia’s security interests and concerns.

Any military inspection conducted on the territory of Armenia by Turkey, which has been openly supporting Azerbaijan’s military operations against Armenia and resorting to unprecedented threats, particularly since 12th July 2020, will adversely impact the security interests of Armenia and may undermine security of its population.

Armenia remains committed to the implementation of the CFE Treaty and Vienna Document, underlining that only military inspections by Turkey and participation of guest inspectors from Turkey on the territory of Armenia are a subject of this suspension.