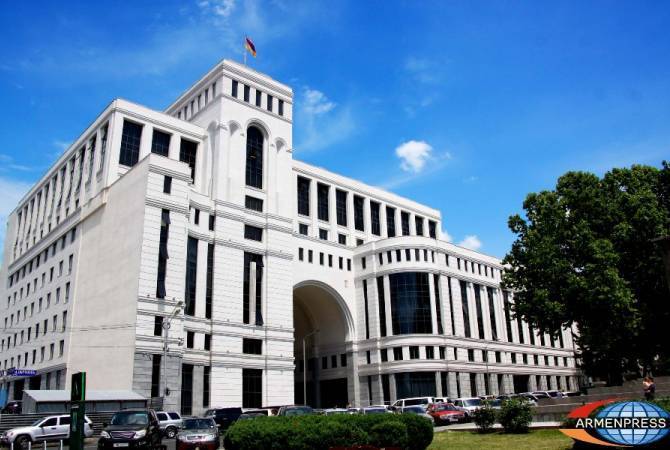 In recent period violence cases and attempts are being made against the citizens of Armenia, the members of Armenian communities in different countries. There have also been cases of obstructing the normal operation of Armenia’s diplomatic service and Armenian communities abroad, deliberately destroying their personal and service property which in some cases have also threatened the security of the diplomatic staff, Armenia’s foreign ministry said in a statement, adding that racist steps are also being taken to undermine Armenia’s commercial ties with different countries.

“The expanding geography of these actions and the facts of involvement of Azerbaijani official representatives in the actions being taken against Armenia’s diplomatic representations show that the aforementioned actions are directed by the state structures of Azerbaijan.

We strongly condemn the practice of provoking ethnic clashes in different countries, which is another manifestation of Baku’s irresponsibility and is completely within the Azerbaijani leadership’s rhetoric and policy on inciting hatred between the two peoples without geographical limitations.

We call on our compatriots to show restraint, not to give in to any provocation and in such situations immediately contact the local law enforcement agencies, the Armenian community structures and the diplomatic representatives”, the MFA said.