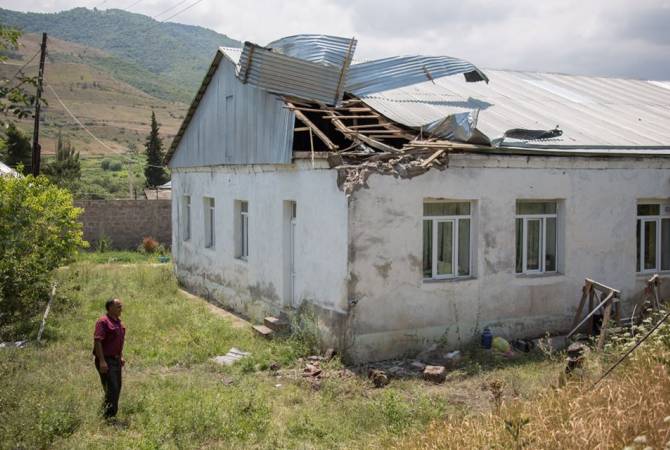 50 buildings have been damaged from the recent shelling of the Azerbaijani side in Armenia’s Tavush province, 12 of which are already being restored, Governor of Tavush province Hayk Chobanyan said during today’s briefing.

“At the moment we have 50 buildings which were damaged, 12 of which are already being restored. Maybe there will be changes in numbers at this period, because sometimes we find new homes which were also damaged”, he said, adding that he cannot make a general assessment of the total costs required and will make an official statement after the final examinations.

Since July 12th, Azerbaijan has launched a series of cross-border attacks against Armenia’s northern Tavush province.