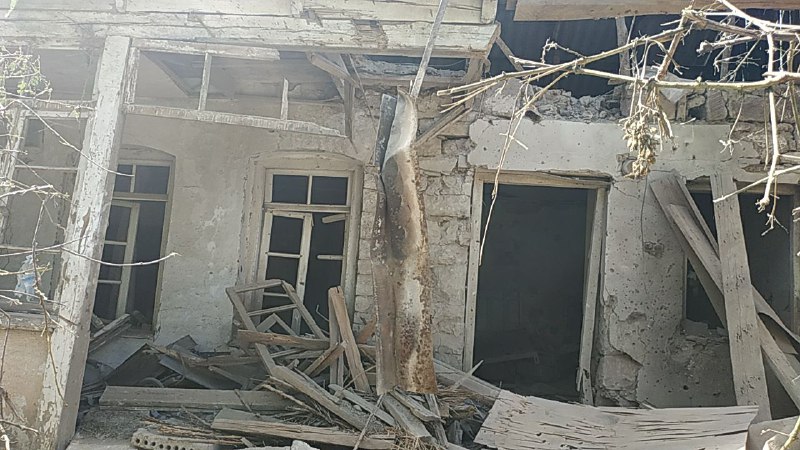 Since July 12, during the military operations provoked by Azerbaijan at Armenia’s northern Tavush province, the Azerbaijani side is targeting the Armenian bordering settlements and civilian infrastructures, using mortar shells, heavy artillery – D-30 howitzer.

By violating all possible international norms and laws, the Azerbaijani side continues shelling Berd town, Aygepar, Nerkin Karmiragbyur, Movses, Chinari villages and other bordering communities. Civilian homes, infrastructures have been damaged as a result of the shelling. The kindergarten in Aygepar village has been shelled. The Azerbaijani shelling also damaged fruit orchards and trees. Unexploded shells were found in Chinari community after a cannon fire which endanger the life and health of the civilian population even during the absence of fire. The residents of the communities under shelling, including children and elderly people, have not left their homes and stay in shelters and basements.

The Office of the Ombudsman of Armenia has sent two interim reports to the international structures, the UN Human Rights Council over the shelling of bordering communities, civilian population and infrastructures in Tavush province, which will be investigated at an extraordinary procedure.