Home   |   News From Armenia & Artsakh   |   Armenia is security guarantor of Artsakh, war is not an option – FM Mnatsakanyan

Armenia is security guarantor of Artsakh, war is not an option – FM Mnatsakanyan 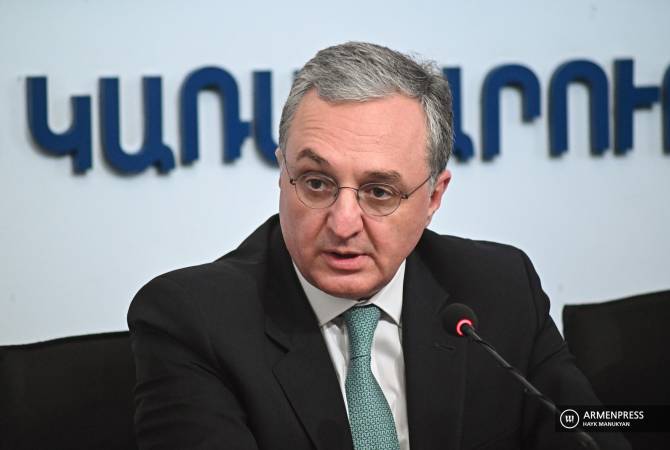 Foreign Minister of Armenia Zohrab Mnatsakanyan says Armenia is capable to protect itself, but peace process has no alternative, ARMENPRESS reports Mnatsakanyan said in an interview with Al-Jazeera.

Mnatsakanyan said that starting from July 12 a very dangerous situation was caused by Azerbaijani troops that attempted to infiltrate into the Armenian territories by using large-caliber artillery in the north-eastern part of Armenia, increasing the escalation.

‘’At the moment de-escalation is a priority. This is what we are making efforts for, this is what we are working for with the OSCE Minsk-Group Co-chairs, comprised of France, Russia and the USA. This is the priority for this moment. We need de-escalation. Armenia is capable to protect itself, Armenia is the security guarantor of Artsakh and war is not an option. We remain committed to it and will try to de-escalate the situation and create such an atmosphere that will foster peace and negotiation process’’, Mnatsakanyan said.

FM Mnatsakanyan assessed promising the fact that for 12-14 hours the situation on Armenia-Azerbaijan border has been relatively calm.

‘’We are in constant touch with the OSCE Minsk Group Co-chairs, with Russia and the other partners – the USA and France. We are trying to find the way that will allow to preserve this relative tranquility and re-confirm the ceasefire regime established in 1994 and since than we have had a document signed by Armenia, Artsakh and Azerbaijan. And now the full restoration of the ceasefire regime is a priority for us’’, Zohrab Mnatsakanyan said.