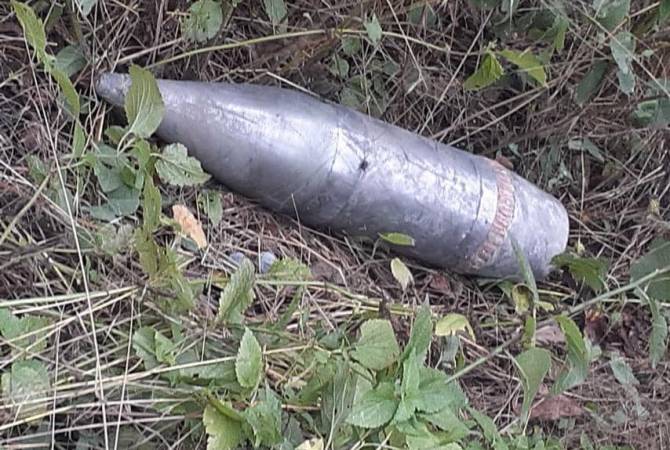 The Human Rights Defender of Armenia is condemning in strongest terms the Azerbaijani shelling of Armenian civilian settlements with targeting of the peaceful population, their health and life, and property.

“The Azerbaijani side has subjected the village of Chinari in Armenia’s Tavush province to targeted artillery fire on July 13, 2020. The Human Rights Defender Office has received such reports from residents of the village as well as the mayor. According to these reports, around a dozen of shells were fired from the Azerbaijani side, residential buildings of the village were damaged,” Human Rights Defender Arman Tatoyan said in a statement, adding that he has received images of a bombed home in the village. He said in one instance a targeted civilian home was occupied by children.

He said that immediately after receiving the reports the Ministry of Defense of Armenia issued official information that the Chinari village was bombed by Azerbaijan with seven 82mm and three 120mm mortars shells.

Tatoyan said that the reports, the official statements of state bodies and social media posts show that Azerbaijan has targeted civilian peaceful population of Armenia and that present danger for peaceful population, their life and health exists, as well as property damage.

The Human Rights Defender said he maintains constant contact with Chinari residents and the administrative bodies of the village. He said they are conducting a complete monitoring and independently collecting information and facts.

Tatoyan finds the shelling of Armenia’s civilian settlements to be totally condemnable especially amid the COVID-19 pandemic. He cited the UN Secretary General’s March 23 call for a global ceasefire.

He said the facts will be sent to international bodies in a new report.