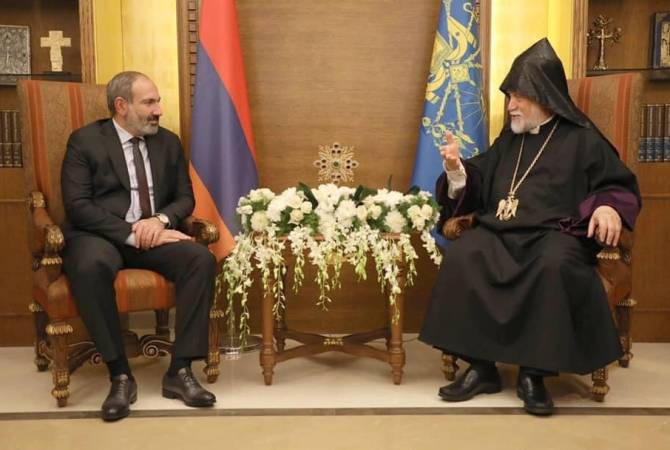 Catholicos Aram I of the Great House of Cilicia phoned Armenian Prime Minister Nikol Pashinyan in the morning of July 13, the Catholicosate said in a readout.

During the phone call Aram I expressed his blessing and support to the brave Armenian army, the readout said.