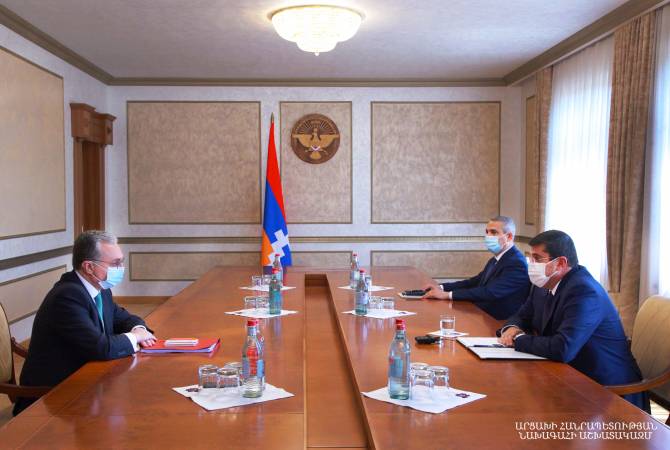 As ARMENPRESS was informed from the press service of the Artsakh President’s Office, a wide range of issues relating to foreign political challenges were on the discussion agenda. Particular reference was made to the latest developments around the Azerbaijani-Karabagh conflict settlement. Within this context, it was underscored that the destructive and aggressive rhetoric of the Azerbaijan’s military political authorities deprives the parties of the opportunity to make progress in the peaceful settlement process.

President Harutyunyan reaffirmed the commitment of the official Stepanakert to the peaceful settlement of the conflict under the auspices of the OSCE Minsk group and the need for full-fledged participation of the Artsakh Republic to the negotiations.
Artsakh Republic Foreign Minister Masis Mayilyan attended the meeting.