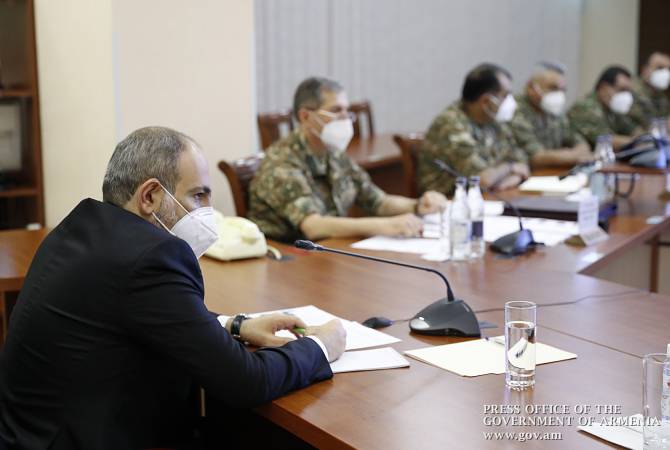 Prime Minister of Armenia Nikol Pashinyan held a working meeting with the leadership of the Defense Ministry and Armed Forces of Armenia, headed by Minister Davit Tonoyan and Chief of General Staff Onik Gasparyan. As ARMENPRESS was informed from the Office of the Prime Minister, during the meeting the possible developments in the military-political arena of the region and the Action Plan of the Armed Forces were discussed.

‘’It’s very important to record that today we have quite good pace and quality for the development of the Armed Forces. I want to record that for our Government this direction is not just priority, but it’s the priority of all priorities, because the aspirations of the Armenian people can become reality only if the combat radiness of the Armed Forces are in line with the political-military situation surrounding our country and is capable to respond to any challenge’’, PM Pashinyan said, emphasizing the fact that the Armed Forces of Armenia not only ensure the safety of the Armenian people but also ensure peace and stability in the region.