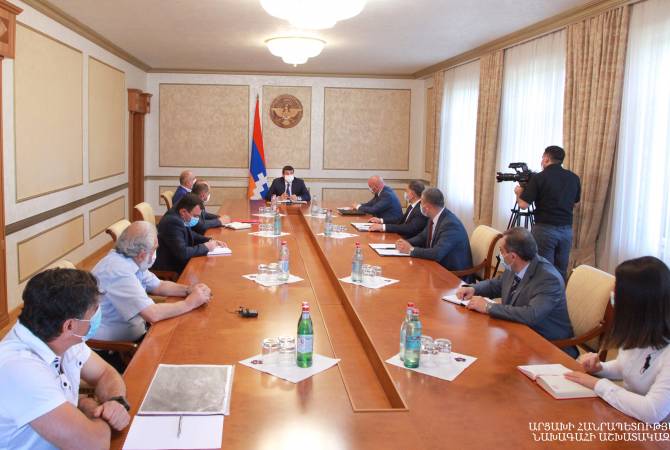 As ARMENPRESS was informed from the press service of Artsakh President’s office, the Head of the State noted that due to the years-long short-sighted work of those in charge, the capital has been deprived of an opportunity of having a unique style. Arayik Harutyunyan instructed to take measures to develop a new master plan within a short period of time, highlighting that due to its importance, the final version will be discussed at a sitting of the Security Council. In the words of the republic’s President, it will lay a groundwork for reviewing the previously constructed buildings, and, if necessary, making a decision to transform or demolish them.