Putin hopes for rise in trade turnover between Armenia and Russia 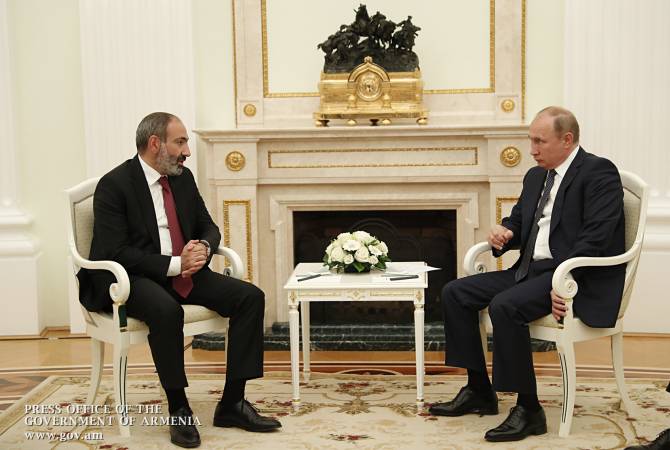 Trade turnover between Russia and Armenia is rising and it’s necessary to preserve that tendency, as well as the partnership between our countries in other directions, ARMENPRESS reports, citing TASS, Russian President Vladimir Putin announced in a meeting with acting Armenian PM Nikol Pashinyan in Moscow.

“Our relations have no need to be described, they are really allied relations”, Putin said, emphasizing that Russia remains Armenia’s key foreign economic partner and the trade turnover rose by 30% in 2017.

“During the first 9 months of this year trade turnover again rose by 17.5%. The tendency is positive and it needs to be preserved”, the Russian President said, adding that Moscow is ready to do everything to preserve the high level of bilateral relations, and not only in the economic sphere, but particularly in the security sphere.

He noted that this is the 1st visit of Pashinyan to Moscow after the December 9 parliamentary elections where coalition led by him recorded an impressive victory. “I want to wish you success in the implementation of the plans you have set before yourself and your team for the benefit of the Armenia and the Armenian people”, Putin said.