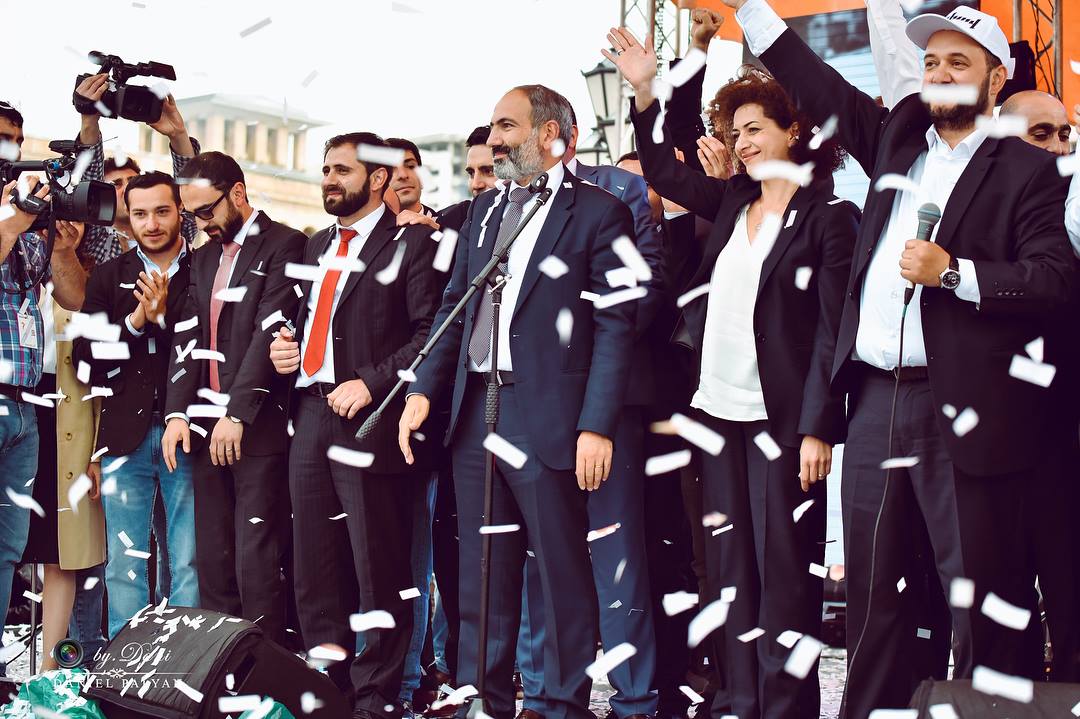 Following a peaceful uprising against the unpopular corrupt regime, Nikol Pashinyan succeeds in becoming the Prime Minister of Armenia, following a civil and disobedient Velvet Revolution.

Armenians in Armenia as well as in Diaspora rejoice the news and share the mutual euphoria with their brethren, the citizens of the Republic of Armenia.

Thousands of supporters share cheers in the central Republic Square in Yerevan as the National Assembly announces the election of popular “People’s Candidate” Nikol Pashinyan.

Mr. Pashinyan, who came to the leadership position through the popular Velvet Revolt reassured the people that a New Armenia beckons, one which underlines civic justice, impartiality, social parity and a country free from economic and political corruption.

This public uprising put an end to the 20+ years of the single-rule political monopoly of the Republican party of Armenia and possibly ends the one sided prominence of the oligarchic economic system.