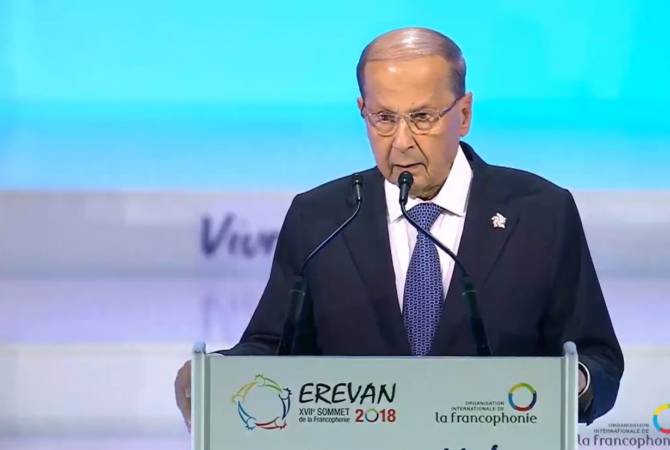 Lebanese President Michel Aoun delivered remarks at the XVII summit of the International Organization of La Francophonie in Yerevan.

“The first human bonds at birth are the ones established with the mother, which will determine the person’s mother tongue in the future. That language will contribute to building the person’s personality and characteristics. Later on, other acquired languages during the course of life would open up new prospects of personal enrichment.”

“The more the languages one learns, the more humanely enriched he becomes,” said Aoun, stressing that “the French language in Lebanon is akin to a mother language.”

“Languages are the link between different cultures and identities. Francophone aims not only at making the French language familiar within communities, but to deepening dialogue between civilizations and bringing people closer together,” he said.

“Francophone’s presence in the East is proof of the solidarity and interaction with the Arabic language and culture,” President Aoun affirmed.

He noted that a regional center of the organization will be opened in Beirut, Lebanon.

He also spoke about the passing of Charles Aznavour, noting that personally he and the people of Lebanon are grieving the loss.