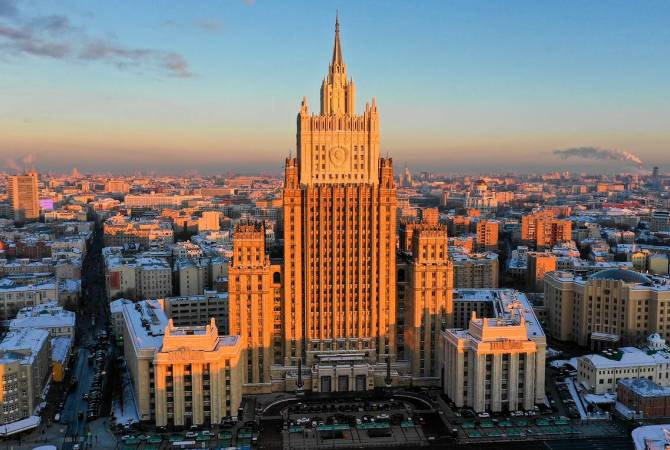 The Russian authorities have taken all necessary measures for preventing further escalation on Armenia-Azerbaijan border, Aleksey Zaytsev, an official at the Russian foreign ministry said during a weekly briefing.

”Russia was greatly concerned to hear about the border escalation between two our friendly countries, Armenia and Azerbaijan, and we are confident that the long-lasting Karabakh conflict, as well as any other conflict should be solved exclusively peacefully through diplomatic talks. Our position is shared also by the other OSCE Minsk Group Co-chair countries – the USA and France, as well as the UN, the CIS and other international organizations’’, ARMENPRESS reports Zaytsev as saying.

According to him the Russian authorities have taken all the necessary measures for preventing future escalation. Zaytsev reminded that Russian Foreign Minister Lavrov held telephone conversation with his Armenian and Azerbaijani counterparts. ”We are ready to continue efforts for establishing political dialogue between Yerevan and Baku”, he said.