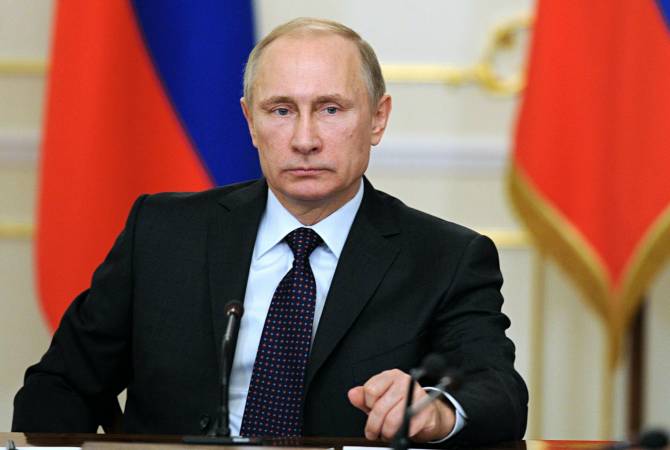 Russian President Vladimir Putin published an article on the occasion of the 75th anniversary of the victory in the Great Patriotic War, touching upon the historical realities, the subsequent developments and current challenges.

The article is titled “75th Anniversary of Great Victory: Shared Responsibility to History and Future”.

“75 years have passed since the end of the Great Patriotic War. Several generations have grown up over the years. The political map of the planet has changed. The Soviet Union that claimed an epic, crushing victory over Nazism and saved the entire world is gone. Besides, the events of that war have long become a distant memory, even for its participants. So why does Russia celebrate the 9th of May as the biggest holiday? Why does life almost come to a halt on June 22? And why does one feel a lump rise in their throat?” Putin wrote. “They usually say that the war has left a deep imprint on every family’s history. Behind these words, there are fates of millions of people, their sufferings and the pain of loss. Behind these words, there is also the pride, the truth and the memory”.

The Russian leader presents the story of his family and what impact the war has left on their fates. “For my parents, the war meant the terrible ordeals of the Siege of Leningrad where my two-year old brother Vitya died. It was the place where my mother miraculously managed to survive. My father, despite being exempt from active duty, volunteered to defend his hometown. He made the same decision as millions of Soviet citizens”, the President said.

“People of my age and I believe it is important that our children, grandchildren and great-grandchildren understand the torment and hardships their ancestors had to endure. They need to understand how their ancestors managed to persevere and win. Where did their sheer, unbending willpower that amazed and fascinated the whole world come from? Sure, they were defending their homes, children, loved ones and families. However, what they shared was the love for their homeland, their Motherland”, Putin said.

The Russian President noted that all have a responsibility to their past and future to do their utmost to prevent those horrible tragedies from happening ever again. He says “it is essential to pass on to future generations the memory of the fact that the Nazis were defeated first and foremost by the entire Soviet people and that representatives of all republics of the Soviet Union fought side by side together in that heroic battle, both on the frontlines and in the rear”.

Putin in his article also thoroughly touches upon the historic developments, the reasons of the start of the Second World War, the archival documents, international treaties, the accusations against Russia, etc. He also thanks allies for assisting the Soviet Union that time.

He also discusses the current challenges and the fight against the novel coronavirus pandemic. He says the world is facing an economic crisis, countries are making great efforts for public health and assisting the citizens.

“Our ability to work together and in concert, as real partners, will show how severe the impact of the pandemic will be, and how quickly the global economy will emerge from the recession. Moreover, it is unacceptable to turn the economy into an instrument of pressure and confrontation. Popular issues include environmental protection and combating climate change, as well as ensuring the security of the global information space.

Drawing on a shared historical memory, we can trust each other and must do so”, Putin said.