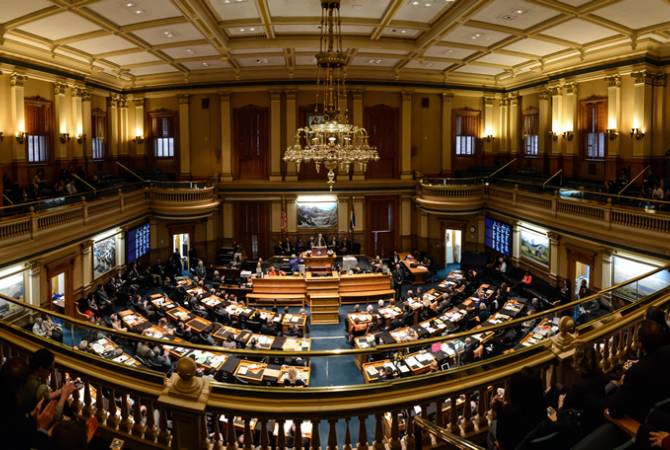 The Colorado House of Representatives unanimously passed House Bill 1336 – Holocaust and Genocide Studies in Public Schools – on June 4 which requires Holocaust and Armenian Genocide education as a condition for High School graduation in Colorado, the Armenian National Committee of America Colorado reported, ARMENPRESS was informed from asbarez.com.

The ANCA Colorado thanked the original sponsors, Representative Dafna Michaelson Jenet, Representative Emily Sirota, Senator Steve Fenberg, and Senator Dennis Hisey, as well as “honorary Armenian” lawmakers Rep. Daneya Esgar and Senator Dominick Moreno, for championing this bill and making sure that the Armenian community was included in the process from the very beginning.

After the measure passed, Esgar took to Twitter to say that “I had never heard of the Armenian Genocide until I learned about it from an Armenian friend. She [Eds: the friend] didn’t understand why we never talked about the genocide of her people.”  “We must do better. It is critical for us to teach students about these atrocities,” added Esgar.

The Colorado ANCA also expressed special gratitude to its partners, the Coalition against Global Genocide and Jewish Colorado, for working hand in hand with ANCA Colorado to make the cause of genocide education a reality.

“And a huge thank you to all the organizations, in particular Armenian National Committee America – Western Region, Armenians of Colorado and ADL – Anti-Defamation League, for making sure that the State of Colorado has the funds to implement the law,” the ANCA Colorado said in a Facebook post.

The legislation is expected to be discussed and voted on in the Colorado Senate, then it will go to the governor for his signature.