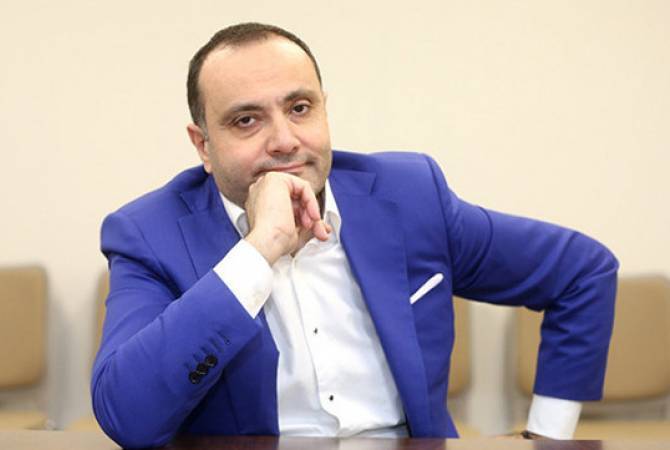 Ambassador of Armenia to Russia Vardan Toghanyan addressed the Armenians community in Russia in relations with the protests organized by Armenians. ARMENPRESS reports Toghanyan said in his message that in the recent days the Embassy regularly receives information from different Armenians that they have plans to organize protests and some social media users call on other Armenians to gather in Moscow or other Russian cities.

‘’Sharing the concerns and emotional situation of each of you I have to mention that such calls in this particular situation cannot contribute to the solution of problems facing us. For this reason I ask each of you not to participate in any initiative or protests. The activities of the side provoking these tensions hope for such response from our side.

I also ask you not to make such calls on social networks, not to spread footages and photos that can foster the escalation of the already escalated situation and preserve vigilance in any situation’’, Toghanyan said.

The Ambassador highlighted being more consolidated in such situations, have a joint approach, coordinate the activities and prevent any provocative measure.

‘’We continue working operatively, are in constant touch with our community organizations and Russian authorities. Our main issue is acting in line with the Russian legislation’’, Toghanyan concluded.