Azerbaijani Embassy in France colored with “No to War”, “Stop Aliyev” notes 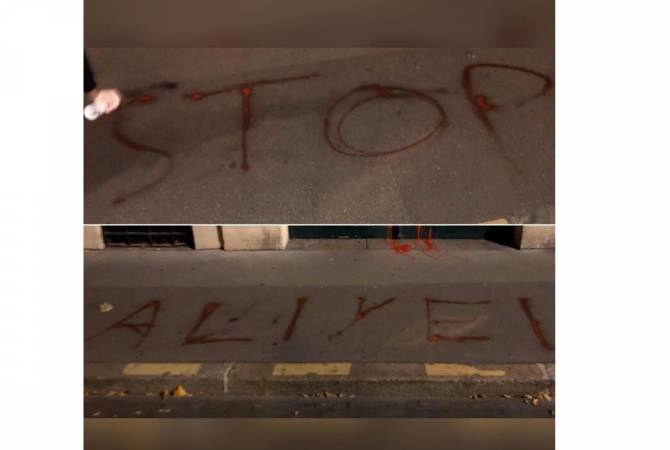 The entrance of the Embassy of Azerbaijan in Paris, France, has been colored with the notes “No to War”, “Stop Aliyev”, Zartonk Media reports.

The notes were made on the night of July 14, as a sign of protest against the recent Azerbaijani attack on Armenia.

The door of the Embassy was also covered with a red color, symbolizing the actions of Azerbaijani president Ilham Aliyev’s bloodthirsty regime towards the peaceful Armenian neighbours.