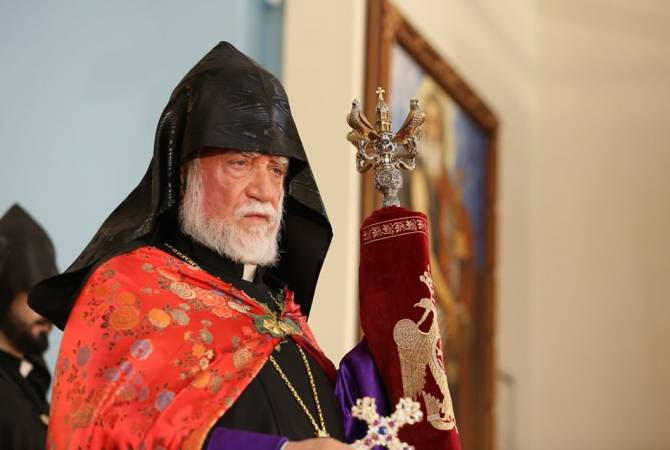 A commemoration mass dedicated to the memory of the Armenian Genocide victims took place at Mayravank of St. Gregory the Illuminator Cathedral in Antelias, Lebanon. ARMENPRESS reports the mass was delivered by Catholicos of the Great House of Cilicia, His Holiness Aram I.

”This day embodies the demandful will of our nation and unwavering faith. And this is the reason why this day is not a usual day. The life and existence of each Armenian is intertwined with the symbolism of April 24”, Aram I said.

His Holiness urged to be realistic and organized, particularly under the present geopolitical conditions, which are unfortunately based on economic and political interests of nations and super powers.

”The Universal Declaration of Human Rights, unfortunately, has remained on paper”, said, noting that the rights of nations and God given justice are often neglected.