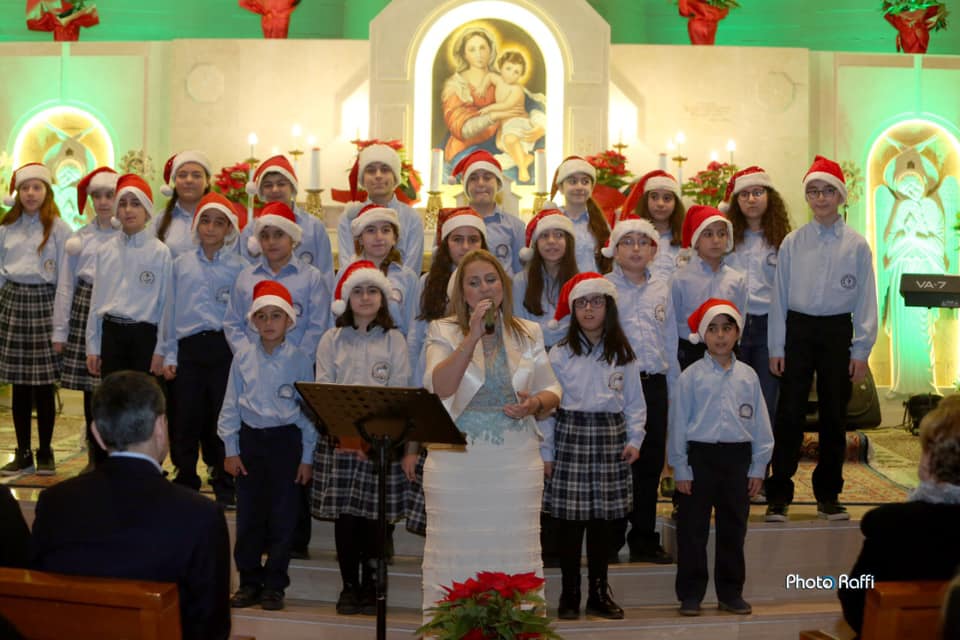 On the evening of Sunday the 22nd of December 2019, the administration of the Armenian Catholic Holy Cross – Harboyan High School organized a Christmas Concert in the Holy Cross Church – Zalka.

The 2 soloists of the event were Mrs. Sonig Pamboukian and Miss Elssy Youssef, accompanied by Mr. Raffi Der Arakelian on the keyboard, and the school’s student choir.

The concert which lasted 50 minutes, spread much joy and happiness amongst the presents, and the angelic voices of the soloists captivated the crowd.

At the end of the event, Director Aram Karadaghlian delivered a speech, in which he said that the administration of the school decided to organize this event, so that we can all live the spirit of Christmas in these difficult days. Mr. Karadaghlian added that the event was organized by totally relying on the school’s own resources, and thanked everyone who contributed to the success of the event.

After his speech, the director invited the Parish Priest Father Sebouh Garabedian to join him in awarding the musicians with souvenirs.

The event was concluded with Father Sebouh’s prayer, after which the crowd headed to the entrance of the church where the school’s Women’s Auxiliary Association had prepared a small reception.