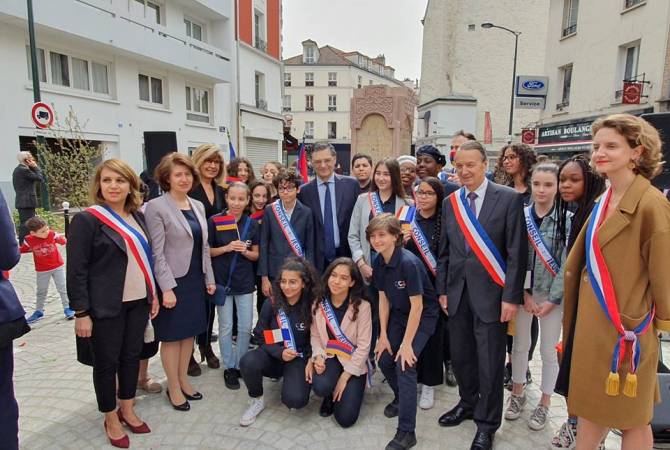 The commune of Clichy in France has inaugurated the Charles Aznavour Square dedicated to the memory of the Armenian Genocide victims, the Armenian Embassy in France said on Facebook.

Armenia’s Ambassador to France Hasmik Tolmajian attended the inauguration ceremony of the square named after the legendary French-Armenian crooner Charles Aznavour, who died in 2018 aged 94.

April 24 will mark the 104th anniversary of the Armenian Genocide.