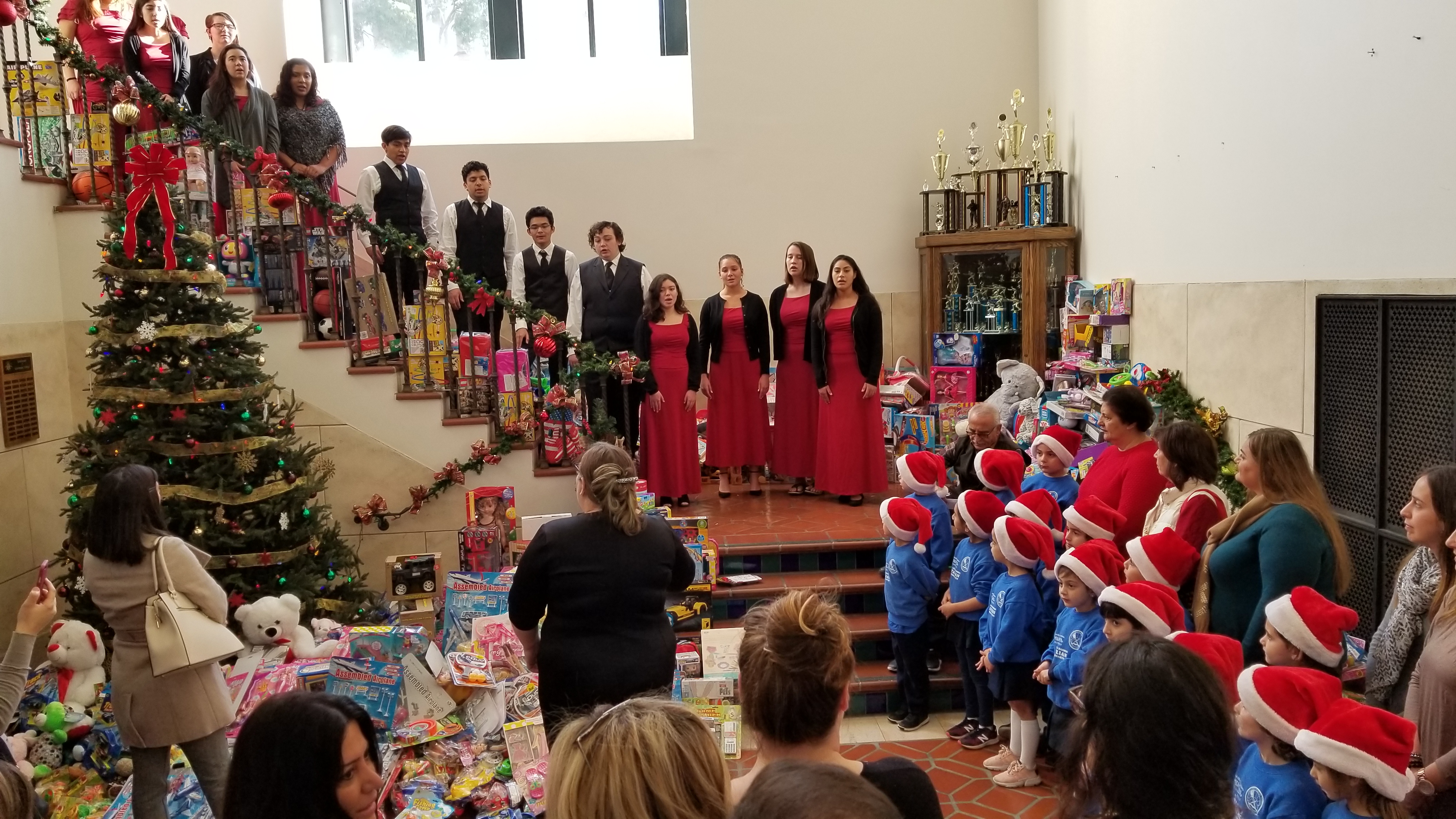 NOR OR, LOS ANGELES – Pasadena Armenian Police Advisory Council’s (PAPAC) 23rd annual toy drive took place on Tuesday, December 11, 2018, at 9:00 am at the Pasadena Police Department’s lobby. The lobby had a huge Christmas tree with the toys scattered around it and all over the staircase.

During the Christmas season, the toy drive has been an integral part of PAPAC’s activities, accomplishing the goal of reaching out to the Pasadena community at large and distributing toys to needy children. The toys are collected by the Armenian organizations represented in PAPAC, including churches, schools, and cultural organizations. The recipients of these donations are the non-profit organizations, outside the Armenian community, in the city of Pasadena.

Hovan Sarkisian was the Master of Ceremonies on the day of the Toy Drive. He first invited Rev. Sarkis Petoyan, Pastor of St. Gregory Armenian Church in Pasadena, for the invocation. Following this, the Pasadena High School choir rendered a medley of Christmas songs. This was their 8th year of participation in PAPAC’s Toy Drive.

Rev. Serop Mgrditchian, Pastor of Armenian Evangelical Cilicia Church in Pasadena, gave a short sermon about giving, which is the spirit of Christian faith, especially in the Christmas season.

Dikran Davidian, Chairman of PAPAC, reflected upon the mission of PAPAC and briefly explained the purpose of the toy drive. He then thanked all the organizations for their efforts to collect the toys and distribute them to the needy children of Pasadena.

John Perez, Interim Police Chief of Pasadena, thanked everyone for this annual give away and praised the participants in the cultural program put on by the students of the various schools in the Pasadena area.

State Senator Anthony Portantino took to the podium and congratulated PAPAC for this worthy contribution and thanked all the participants in the cultural program. Rev. Boghos Baltayan, Pastor of St. Sarkis Armenian Church in Pasadena, was called upon to offer the Benediction. This concluded the ceremony, and then everyone was invited to participate in the reception.