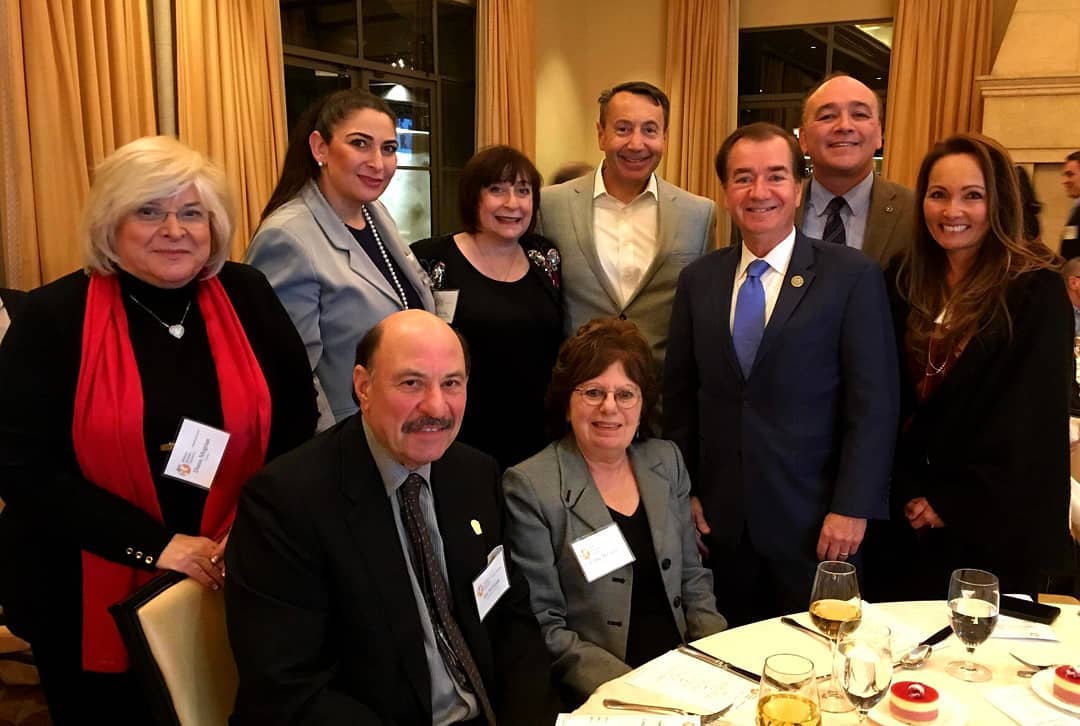 NOR OR, LOS ANGELES – On December 3, an Armenian Assembly of America (Assembly) delegation, headed by Assembly Southern California Regional Council (SCRC) members Helen Haig and Jim Melikian, was pleased to attend a tribute dinner, hosted by the World Affairs Council of Orange County (WACOC), in honor of Rep. Ed Royce, Chairman of the U.S. House Committee on Foreign Affairs.

A great friend of the Armenian American community, staunch supporter of pro-Armenia(n) issues, and co-author of the Royce-Engel Letter which bolsters the Artsakh peace process, Chairman Royce (R-CA-39) delivered an uplifting speech on U.S. foreign policy priorities on the occasion of WACOC’s third Annual Round the World Lecture & Holiday Celebration at the Pelican Hill Resort in Newport Coast. In speaking about the importance of U.S. efforts to advance human rights globally, Congressman Royce emphasized to attendees that official U.S. recognition of the Armenian Genocide would be key towards preventing future mass atrocities and crimes against humanity.

“Armenian Assembly of America delegates were thrilled to see and convey the Assembly’s gratitude and good wishes to Congressman Royce for 36 years of distinguished public service representing Orange County in the California State Senate and the U.S. House of Representatives, and for consistently speaking the truth about the Armenian Genocide in public forums,” stated Assembly SCRC member Helen Haig, who also serves on WACOC’s Board of Trustees as its Chair of Strategic Planning for the 2018-2021 term, and is an Ambassador’s Circle member of that august organization.

The Assembly delegation was delighted to see and converse with WACOC Ambassador’s Circle members, Mr. and Mrs. Serge and Mona Tomassian, at the dinner. Serge Tomassian, Esq. is Senior Managing Partner of Tomassian, Throckmorton & Inouye LLP, based in Irvine, California. Mr. Tomassian currently serves as Secretary of the National Board of Directors of the World Affairs Councils of America. He is a past Chairman of the Board of Trustees of WACOC, and currently serves on its Executive Board as Community Relations Chair.

The Assembly delegation was also pleased to meet with the current Chairman of the Board of Trustees and Executive Committee of WACOC, the Honorable Judge James P. Gray (Ret.).