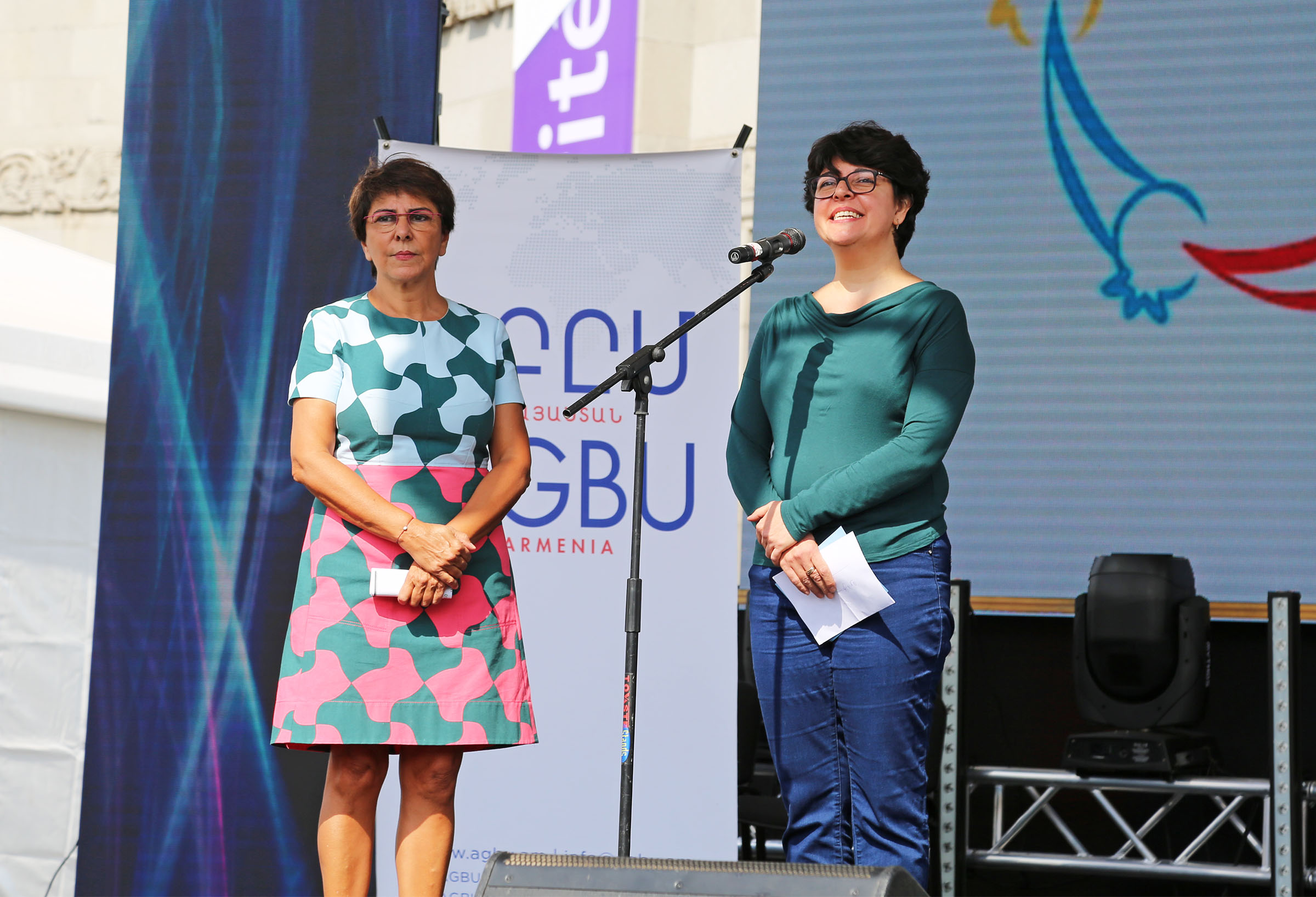 NOR OR , LOS ANGELES –  In the light of this year’s Francophonie Summit held in Yerevan, AGBU Montreal and AGBU France have launched new projects in an effort to support French-speaking youth in Armenia, as well as promote French language and culture. Every two years, the Francophonie Summit-the main decision-making body of the International Organization of the Francophonie (OIF)-brings together leaders and representatives of 84 member-states for a series of discussions. For 48 years, OIF has actively advocated French language, linguistic diversity and humanist values across the world.

On October 12, the final day of the Summit, AGBU Montreal and the Agenceuniversitaire de la Francophonie (AUF), a global network of French-language universities and research institutions, signed a framework agreement creating new educational opportunities for Armenia’s Francophone students. Each year, four students from Armenia accepted to Quebec’s French-language universities will get scholarships to pursue their doctoral degrees. AUF will grant the shortlisted candidates the exemption for tuition fees, while AGBU will oversee the selection process, provide some financial assistance to these students and facilitate their integration into the global Francophone community. The signing ceremony was held at the AGBU Armenia Office, with Armenia’s Minister of Education and Science ArayikHarutyunyan, as well as government and university officials in attendance.

Chairman of AGBU Montreal ChahéTanachian noted that commitment to education is at the core of AGBU’s mission. “It is a special agreement that we signed with AUF on the sidelines of the Francophonie Summit. Having students from Armenia in French universities will enhance cooperation in the field of education between Canada and Armenia and will make French language more popular in the Armenian society,” Tanachian said. “AGBU is also looking forward to more closely working with Armenia’s Ministry of Education to develop better expertise and skills in areas needed today.”

This contest is set to encourage the Francophones citizens of Armenia to imagine a better future for their homeland given the recent revival of democracy. “Taking advantage of this important moment, the Francophonie Summit in Yerevan, AGBU France contributes to the promotion of French language in Armenia through this contest. This contest is also a tribute to Charles Aznavour who skillfully used this language,” said President of AGBU France and AGBU Europe Nadia Gortzounian. ”We hope that the contest’s theme will inspire many applicants.”

The contest is open to the residents of Armenia who can submit their short stories in French -up to three pages or 4,500 characters-through December 15. Authors of the top three stories will receive monetary awards.

For more information about the contest, please visit ugabfrance.org/2018/10/concours-recits/. Nadia Gortzounian, president of AGBU France and AGBU Europe, and Zarouhi Odabashian, the program officer at AGBU France, announced the launch of a short stories contest themed ‘Armenia of My Dreams in 2050.’