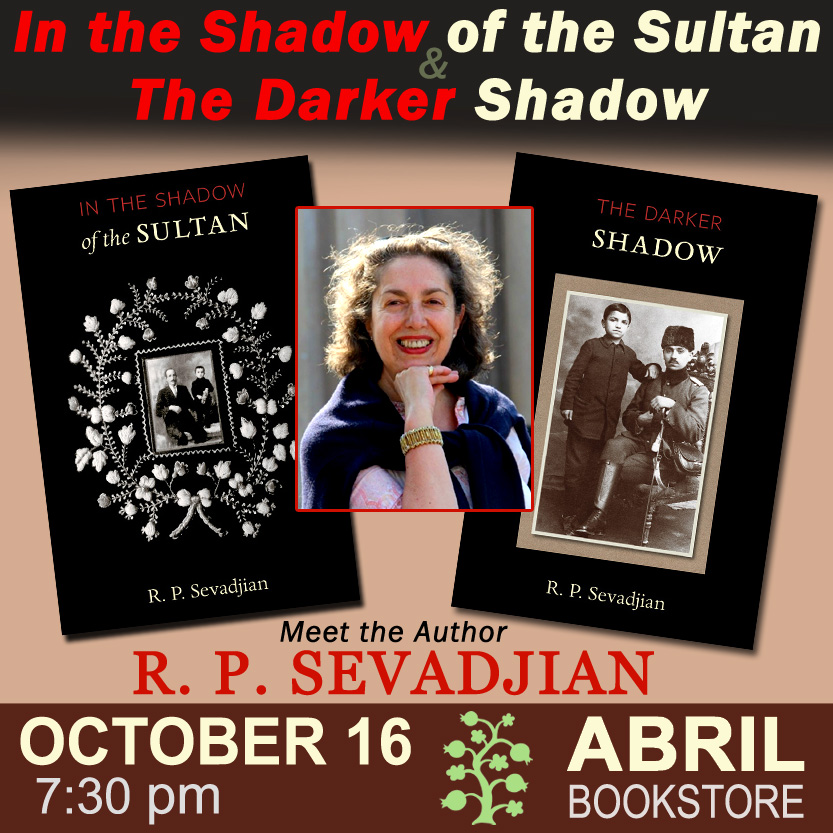 Nor Or, Los Angeles – Armenian author from England, R. P. SEVADJIAN will be in town to present her newly released novel, THE DARKER SHADOW which is a sequel to her previous book, IN THE SHADOW OF THE SULTAN on TUESDAY, OCTOBER 16, 2018 at 7:30pm at ABRIL BOOKSTORE – 415 E. Broadway, Glendale, CA.  Admission is free with reception to follow.

IN THE SHADOW OF THE SULTAN is an adventure story of survival and self-discovery. It provides an insight into the way of life of Armenians in the Ottoman Empire. The story is set during 1896, at the height of the Hamidian Massacres. It follows an Armenian boy in his early teens who leaves home and journeys with his beloved dog, Kaylo, and his faithful mule, Vartoug, two hundred miles to his grandmother’s town. On his journey he forms a better understanding of the treatment of Armenians in the Ottoman Empire. The newly released sequel, THE DARKER SHADOW is written for younger readers who do not know much of the recent history of the Armenian people. It is a coming of age novel that tells the story of teenage twins, Bedros and Dzovinar, who live in Aintab with their uncle. The book tells of important episodes such as The Battle of Sarikamish, The Fall of Zeitoun, and The Defence of Van among others.