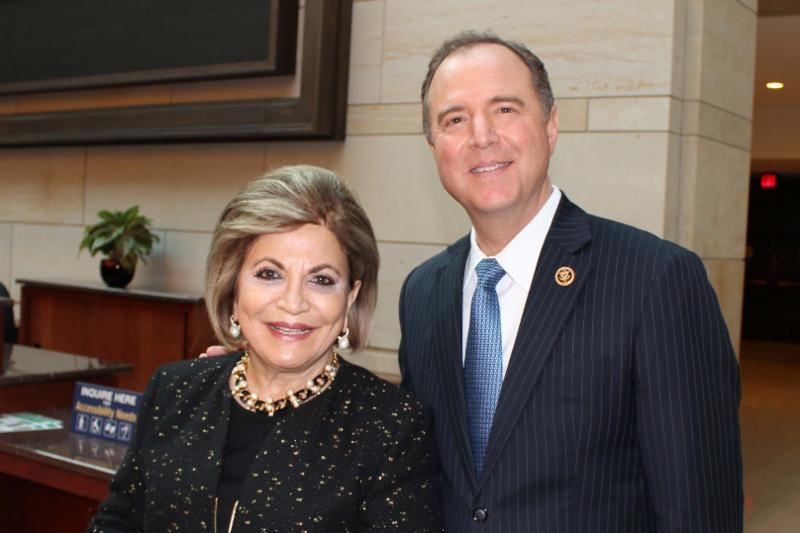 Nor Or, Los Angeles – Armenian Assembly of America (Assembly) Board Member Mrs. Annie Simonian Totah continues to work diligently to advance United States-Armenia relations, reaching out to Members of Congress. Working with the Armenian Assembly Board of Trustees and staff, Totah has held numerous meetings with elected officials, where she raises issues of key concern to the Armenian American community. All of her important hard work is leading up to the Assembly’s National Advocacy Conference, which will take place at our nation’s capital on September 24-25, 2018.

When she spoke with Congressman Don Beyer (D-VA) in early April, the Congressman reiterated his commitment to and support of U.S. reaffirmation of the Armenian Genocide. Last year, he joined the Congressional Caucus on Armenian Issues, and since then he has co-sponsored H.Res.220, and co-signed the letter to President Donald Trump urging him to squarely acknowledge the Armenian Genocide.

“It is incumbent upon every Armenian – young and old alike – to advocate to their elected officials on a regular basis, whether on the Hill or whether in Congressional district offices. If we Armenians do not lobby our Representatives, how do we expect them to understand our issues and help us with a myriad of challenges relating to our Homeland as well as to the Armenian Genocide reaffirmation,” stated Assembly Board Member Totah. “We, at the Armenian Assembly, also continue our efforts and meetings with Congress by promoting America’s proud chapter in helping the survivors of the Armenian Genocide. We also share with Congress the Armenian National Institute’s new 24-panel digital exhibit, displaying the role of the YMCA and American relief work during the first republic of Armenia (1918-1920),” she added. Totah also serves on the Board of the Armenian National Institute (ANI).

“Annie’s year-round advocacy is immeasurable, and the Assembly is fortunate to have the benefit of her time and talent for over 40 years. She continuously encourages others to contact their Representatives and educate them on the importance of strengthening U.S.-Armenia and U.S.-Artsakh relations,” Assembly Executive Director Bryan Ardouny stated. “On September 25th, the Armenian Assembly will be honoring her at our evening Gala following a full day of advocacy, which will include featured guests and Members of Congress. We hope everyone can attend for what promises to be an outstanding event,” he added.